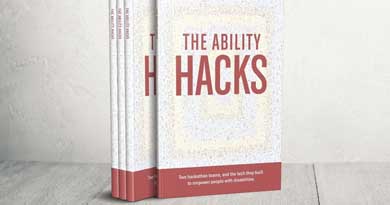 Microsoft has launched The Ability Hacks, a new book intended to spark a conversation about the power of technology and how it can empower people with disabilities. The book is a call to action for engineers and developers to change the world, by inspiring and encouraging them to build inclusive technology for the 1 billion people on the planet living with a disability. Microsoft has a rich engineering culture that embraces inclusive technology as a way to fundamentally transform people’s lives by delivering more empowerment, and the books builds upon this ideology by helping guide individuals and organizations on their own journey of accessibility and inclusivity.

The Ability Hacks is authored by Greg Shaw, a Microsoft employee in which he talks about the behind the scenes stories of two Microsoft hackathon teams that created EyeGaze and Learning Tools for people with disabilities. It has been launched on the first day of Microsoft’s annual One Week Hackathon, which helps employees contribute beyond their day-to-day responsibilities and embrace their passion for innovation.

An inspiration for many was two Ability Hack projects that won the company hackathon in 2014 and 2015, and this year we will be giving away copies to hackers of a new book covering the journeys of those hackathon teams.