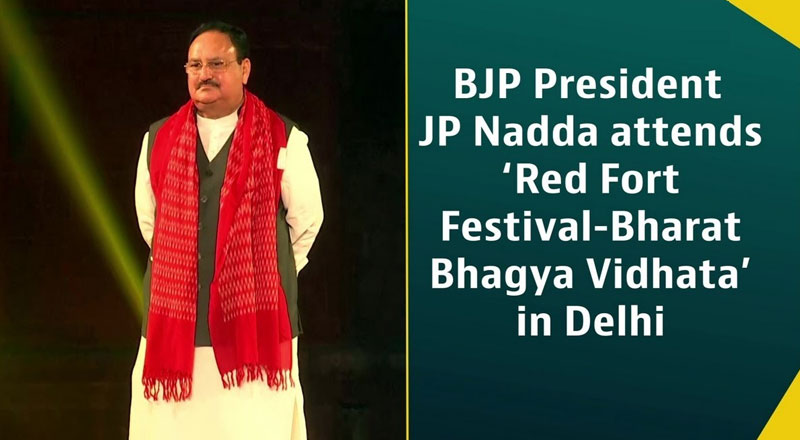 Bharatiya Janata Party national president JP Nadda on Wednesday said that the purpose of celebrating the Azadi Ka Amrit Mahotsav in the country is not only to make the countrymen aware of patriotism but also to move ahead with a vision of India of 100 years later.

Addressing ‘Bharat Bhagya Vidhata‘ Red Fort Festival, Nadda said, “The purpose of celebrating the Azadi Ka Amrit Mahotsav in the country is not only to make the countrymen aware of patriotism and our history, but we are moving ahead with a vision of our India 100 years later.

Prime Minister Narendra Modi had made an emotional appeal about the 100 yrs of independence. We need to go ahead with a vision of our India of 100 years later,

make a resolution for this in Azadi Ka Amrit Mahotsav and walk in that direction,” he added.
In the 10-day programme that was inaugurated by Union Minister for Women and Child Development, Smriti Irani on March 25, and will continue till April 3, Nadda was shown the 5,000 years old history of India through video projection on the wall of Red Fort.

The organizer of the event, Puneet Dalmia was also present in the program In the show, projections relating to India’s history and culture were made from the Stone age civilization to the poets of Bhaktikaal, Indus Valley Civilization.
The Indian space programme and the story of ruler Prithviraj Chauhan were also shown in the video projection.