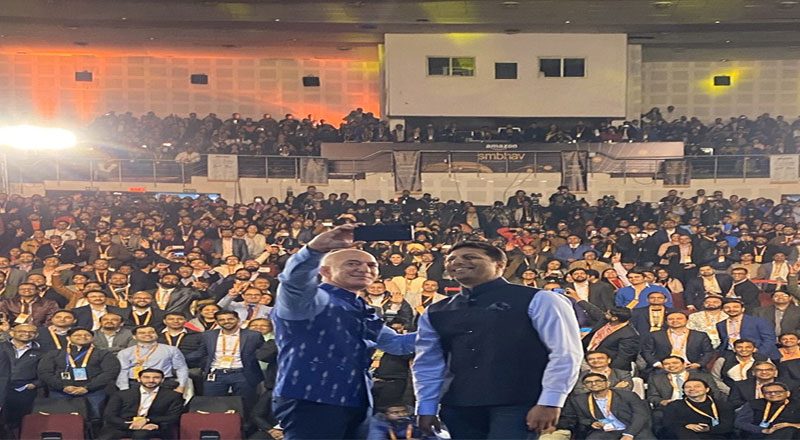 The seven-year-old joint venture, called Prione Business Services Pvt., will end operating from mid-2022, the companies announced on Monday. The JV called Prione set up a fully-owned unit Cloudtail that sold goods online alongside independent shops & grew to be one of the largest sellers on Amazon. The Joint Venture has enabled over 300,000 sellers and entrepreneurs to go online and enabled 4 million merchants to use digital payments. There was continuous allegation from the local retailers that the giants had abused their dominance through deep discounts, exclusive ties and cheap support from certain vendors. This puts pressure on Amazon and Murthy, and decides to end their collaboration, which has been criticized for breaking the spirit of India’s e-commerce laws. It is a potential setback for the e-commerce giant as the country’s online market is projected to surge to $1 trillion.

Amazon has faced opposition in India for business practices that small retailers contend are unfair and illegal. The Competition Commission of India started a probe last year into the company and Walmart Inc.-owned Flipkart after local retailers alleged the giants abused their dominance through deep discounts, exclusive tie-ups and favorable backing of certain vendors.

India’s Supreme Court rejected petitions by Amazon and Flipkart to halt the probe, ruling on Monday that the antitrust investigation could proceed. That adds to mounting pressures on Amazon and Murthy to end their collaboration, which has been criticized for violating the spirit of India’s e-commerce laws.

Prione set up a fully-owned unit called Cloudtail that sold goods online alongside the independent shops. It grew to be one of the largest sellers on Amazon, forging agreements with premium brands like Apple and OnePlus, in part because of what smaller merchants alleged was favorable treatment. Cloudtail vended over a third of the goods sold on Amazon even as recently as two years ago.

India later changed its regulations to bar platforms like Amazon from selling products from affiliates or giving favorable treatment to related businesses.

In February of 2019, Amazon lowered its stake in Prione to 24%, while Catamaran Ventures raised its holding to 76%. The Confederation of All India Traders (CAIT), a group which represents millions of small retailers, alleged that the restructuring was a creative way to circumvent the new rules. Cloudtail now sells under a fourth of all goods sold by Amazon. Both the companies have insisted that they are fully compliant with the law.