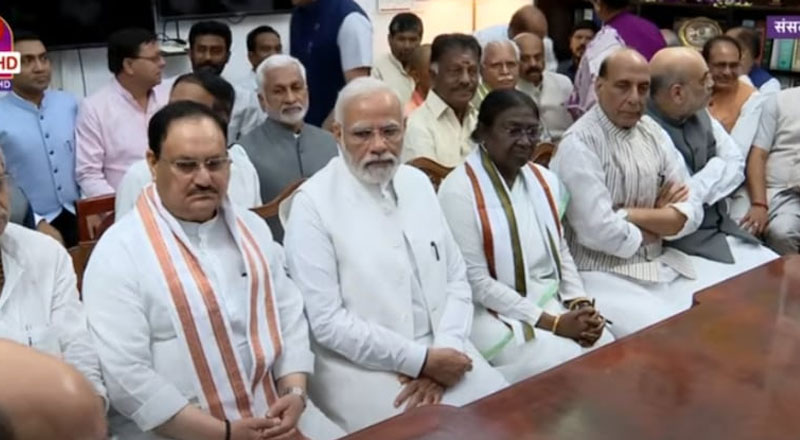 Droupadi Murmu, NDA’s choice for the presidential elections, filed her nominations today in the presence of PM Modi and Home Minister Amit Shah.

After filing her nomination papers, Murmu spoke with Congress interim-President Sonia Gandhi, West Bengal CM Mamata Banerjee and NCP chief Sharad Pawar seeking their party’s support for her candidature in the Presidential elections, reported news agency ANI. According to sources, Banerjee wished all the best and told her that she would consult the party on her support.

Besides the NDA leaders, YSR Congress’ V Vijaysai Reddy and BJD leader Sasmit Patra, who are not part of the alliance, were also in Parliament to back her nomination.

Every set of nomination has to have 50 proposers and 50 seconders among elected representatives.

Murmu, if elected, will be the first tribal president and the second woman in the post. She will also be the youngest president ever, second only to N Sanjeeva Reddy, who was a few days elder to her when he became the President.