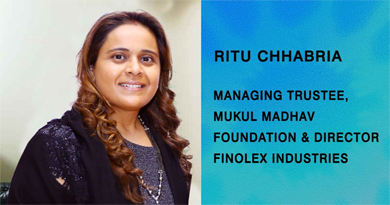 Sector in which the Project is covered – Finolex Industries Limited (FIL) conducts its CSR activities in sectors of Healthcare, Education, Water Conservation and Community Welfare with its CSR partner Mukul Madhav Foundation (MMF). Upgradation of Neo Natal Intensive Care Unit (NICU) facility at Sassoon General Hospital (SGH) was one of the biggest project undertaken in FY16-17. This project was covered under the Healthcare Sector.

Geography of the Project – Upgradation of Neo Natal Intensive Care Unit (NICU) facility at Sassoon General Hospital (SGH). This project is one of its kind because for the very first time a corporate joined hands with a government hospital for such a noble initiative. Sassoon General Hospital is one of the most popular and the busiest hospitals in Western Maharashtra. Though the project has no geography limits, people in and around Maharashtra avail these free services.

Implementation Partner (whether direct implementation or through an implementing agency) – It was a project between Finolex Industries and Mukul Madhav Foundation and Sassoon General Hospital which was implemented directly.

Project Budget – A total of 3.8 crores were spent on this project.

Project Duration – The project was initiated in November 2016 and concluded in the month of April 2017.

Modalities/Procedures adopted for selection of the project –

Mukul Madhav Foundation and Finolex Industries responded to an appeal received from the Dean Dr. Chandanwale of Sasson General Hospital to help upgrade its 35 bedded under equipped NICU. Having received this appeal, teams from Mukul Madhav Foundation did a thorough verification of this situation and a project report prepared revealed that not only there was a requirement to upgrade the 35 bed NICU but also to add more number of beds. Additionally, facilities for comforts of mothers, rest room for doctors and a milk bank was also attached to this ward.

Sassoon General Hospital is the only urban tertiary care referral center in Pune and areas around Maharashtra. It is the only center with multi-specialty services and lifesaving equipment. Choosing this center was due to its connection to BJ Medical College which speaks of quality and availability of doctors’ / nurses 24/7.

The commitment and cooperation by Dr. Chandanwale and his team’s swiftness made it easier to work and complete this project within a span of 7 months and the NICU was up and running within 7.5 months with the state of the art infrastructure and equipment.

Details of Base Line Survey/Study conducted if any – According to the data provided by Hospital authorities, on an average there were 900 deliveries per month. It is important to note on average 15% of these new born require special support and assistance at birth and this is where the need was felt to commit to this project. Therefore, its commitment to upgrade and uplift the number of beds at Sassoon General hospital was inevitable.

Grounds for selection of beneficiaries – It is a government hospital / institution where the authorities of the hospital are in-charge of verifying and checking backgrounds. Proofs like ration cards are vetted to proceed with admissions and concessions.

Procedures adopted for monitoring of the project –

Mukul Madhav Foundation (MMF) and Finolex Industries Ltd. (FIL) have signed an MOU with Sassoon to have monthly committee meetings to review the functionality of this ward. These meetings have data of admission, procedures and mortality. Before the inauguration, 60 nurses from this ward were sent to 2 institutions viz. KEM under the able guidance of Dr. Umesh Vaidya and Dr. Pradip Surywanshi at Bharti Vidhyapeeth for training in their specialized NICUs. This was an initiative of MMF and a requirement mentioned in the MOU. MMF made a commitment that 50% remuneration of neonatologist will be paid by MMF and FIL and 50% by SGH. 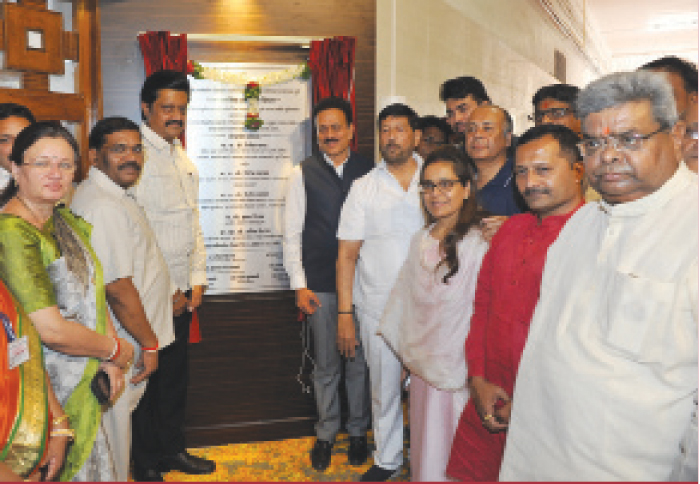 All these steps are an initiative to show its ongoing commitment and involvement into the project. This shared vision for a better society doesn’t stop at funding. They take control of the reins and steer forward amidst a transparent system.Mukul Madhav Foundation has identified the true pain points of society and has fervently worked to cure the same. Focussed on the causes of health, education and empowerment of the unprivileged; it envisions expanding and reinforcing the efforts in future. With its incredible consistency of efforts, regular and dedicated follow-ups and transparent practices it has laid a path for philanthropy

Assessment / Evaluation conducted by the company –

Monitoring and Evaluation can help in enhancing the ability to consult, coordinate and engage. As a corporate a well-structured monitoring and evaluation process leads to identification of relevant issues in a time-bound manner which in turn can enhance the ability to address the issues through proper performance indicators of CSR activities. 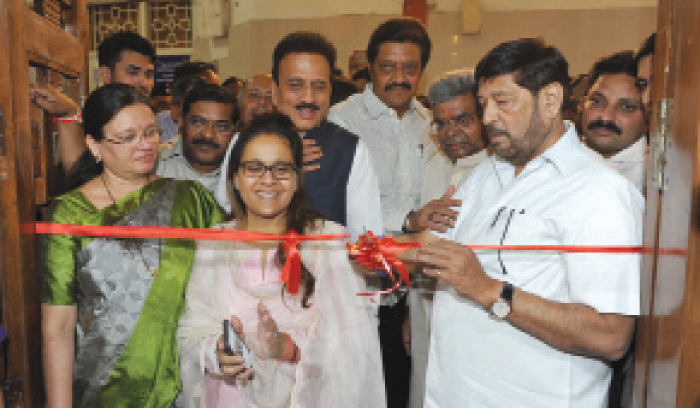 Finolex Industries is also working with various authorities in Pune and Satara to upgrade services at PHC levels so that they can deal with the issues locally and they don’t have to rush to cities. It is also in the process of equipping 108 BVG ambulances with neonatal consoles to transport infant babies which will be safer and of great support for its survival. These consoles are seen and verified by doctors and are logistically allocated in and around Pune.