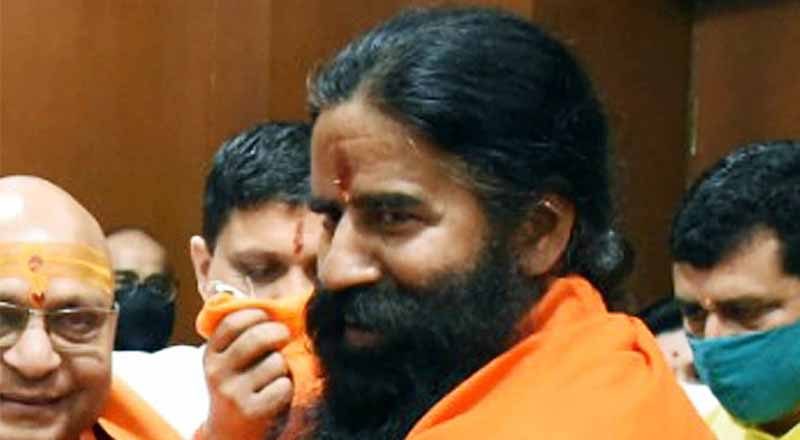 Yoga guru Ramdev has been surrounded by various controversies  ,it is because of his self confidence ,which bounce back many a times.

Earlier Yoga Guru Baba Ramdev spoke on the tool kit is a political conspiracy and a well-orchestrated plan to malign the image of Kumbh and Hinduism. Now he spoke on ‘Allopathy ek aisi stupid aur diwaliya science hai’

Ramdev spoke on it is a very big conspiracy to defame Kumbh Mela and Sanatan Hinduism through a toolkit. It is a very disgusting act you are doing and this country will never forgive you. However, over 9.1 million pilgrims, who visited Haridwar for the Mahakumbh from January, arrived in the holy city this month even as the mega fair was curtailed from four months to one month and held in April due to the Covid-19 pandemic

Those devotees have travelled from across the country and this has been proven with the mega fair, which coincided with the worst surge in Covid-19 cases that has overwhelmed hospitals and triggered a shortage of medical oxygen, medicines, and beds. A question is on does Ramdev was not aware of the facts and try to speak the things to create disturbance . However, no one speaks on him.

“repeatedly taking advantage of the situation and creating fear among the public to sell his illegal drugs.”

The apex medical body hits out at Ramdev over a video circulating in social media, in which he said, ‘Allopathy ek aisi stupid aur diwaliya science hai’. The IMA also said that he has called modern medical doctors “murderers” in the presence of the health minister while releasing his medicines.

When such idolised personal are making vitriolic comments, questioning the authority and integrity of the whole architecture of health ministry, the health minister, who himself is a practicing modern medicine allopathic postgraduate and the head of this ministry, should either accept the challenge and accusation of this gentleman and dissolve the modern medicine facility or boldly face and prosecute the person for his words of arson on the sovereignty of the country and book him under the Epidemic Diseases Act to save millions of people from such unscientific utterances,” IMA wrote to the health minister.

As Ramddev claimed, that Remdesivir, Favipiravir and all other approved drugs by DCGI have failed. ‘Lakho logo ki maut allopathy ki dawa khane se hui hai’, Ramdev said, as per the IMA.

An expert said, how a yoga guru can make any statement on the proven medicines. What about Ramdev’s qualification and who has given him certificates. Manufacturing and selling Ayurvedic medicines can’t make him neither a scientist nor a qualified doctor.

After the IMA sought action against Yoga guru Baba Ramdev for saying that people died due to allopathic medicines, Patanjali Yogpeeth Trust said Ramdev had “utmost regards” for doctors. At the event during which the remarks were made, Ramdev was “reading out a forwarded WhatsApp message received by him”, it said. Ramdev had no “ill-will against modern science”, it added.

Therefore, u/s 3 of the Epidemic Disease Act read with Section 188 of IPC, Swami Ramdev deserves to be prosecuted for disobeying and causing danger to the life of many by making them believe and make them not to take the advice of allopathy drugs,” IMA said.

At the same time, IMA also cited the earlier controversies around Ramdev’s Coronil and Swasari medicine and the criminal complaint against him by social worker Tamanna Hashmi for putting the lives of people in danger to prove the irresponsibility of the internationally known pharmaceutical owner.

However, it is a well-known fact that the Yoga guru and his associate Shri Balkrishna have been taking modern medical allopathy treatment as and when they contract illness,” the IMA said.

After the IMA sought action against Yoga guru Baba Ramdev for saying that people died due to allopathic medicines, Patanjali Yogpeeth Trust said Ramdev had “utmost regards” for doctors. At the event during which the remarks were made, Ramdev was “reading out a forwarded WhatsApp message received by him”, it said. Ramdev had no “ill-will against modern science”, it added.