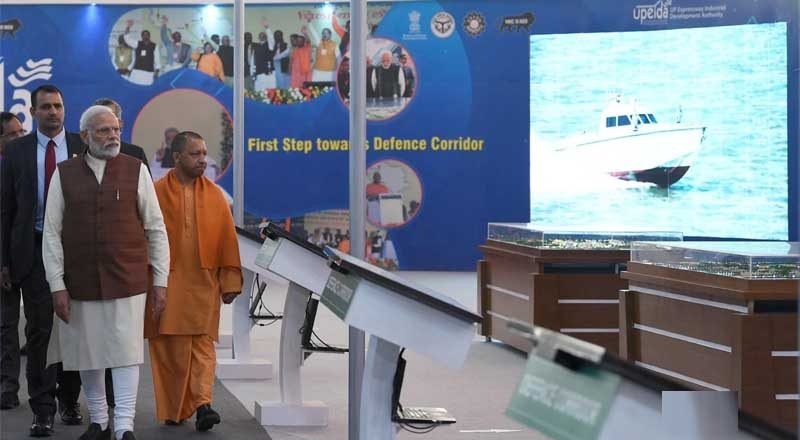 PM Modi has inaugurated the DefExpo 2020 in Lucknow, on February 5 and went around the exhibition while also firing an assault rifle at a virtual firing range. In his speech, the Prime Minister said that India expects to do arms and ammunition export business of Rs 35,000 crore in the next five years.

Speaking at the DefExpo 2020 in Lucknow, PM Modi said that India was not only a market but also an immense opportunity for the entire world, in terms of defence and economy.

He said that DefExpo was proof that India was moving ahead with a strong role in the field of security and defence. He gave the mantra of “Make in India, for India, for the world.”