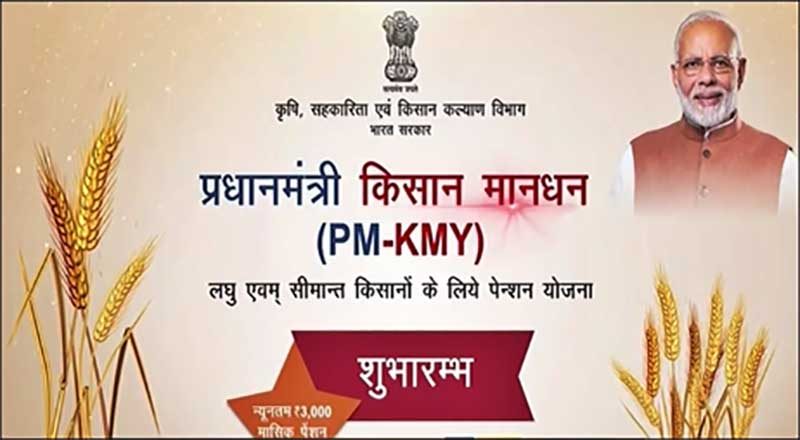 Prime Minister Narendra Modi rolled out another social security scheme, the national Pension Scheme for small and medium traders and self employed entrepreneurs from the same grounds. Krishi Maan-dhan Yoajana that kicked off from the first week of August this year, the scheme ensures Rs 3000 per month for traders with a turn over of less than Rs 1.5 crore per annum.

Farmers who feed the nation have been bearing the brunt of floods and drought for decades. 70 years after independence, the Modi government that took on the pledge of improving their lot promising to double farmers income by 2022. And it didn’t stop there.

Taking welfare to the next level Prime Minister Narendra Modi announced the Pradhan Mantri Kisan Maan-dhan yojana, the first ever pension scheme for farmers. He rolled out the scheme in Ranchi on Thursday making the first online transfer. So far over 13 lakh,29 thousand farmers have joined the scheme across the country since 9th of August, when the registration began.

Farmers who own 2 hectares or less of land and are between 18 and 40 years of age are eligible for the scheme. Depending on their age they need to make a monthly contribution ranging between Rs 55 and Rs 200.

Within a month, the union government’s contribution stands at over Rs 16 crore.

Rs 3000 per month will be paid as a pension after farmers turn 60. Prime Minister Modi also launched a national pension scheme for small and medium traders and self employed entrepreneurs.

Traders with a turnover of less than Rs 1.5 crore per annum will be eligible for a pension of Rs 3000 per month. An estimated 3 crore Vyaparis in the country are expected to be benefited under this scheme.