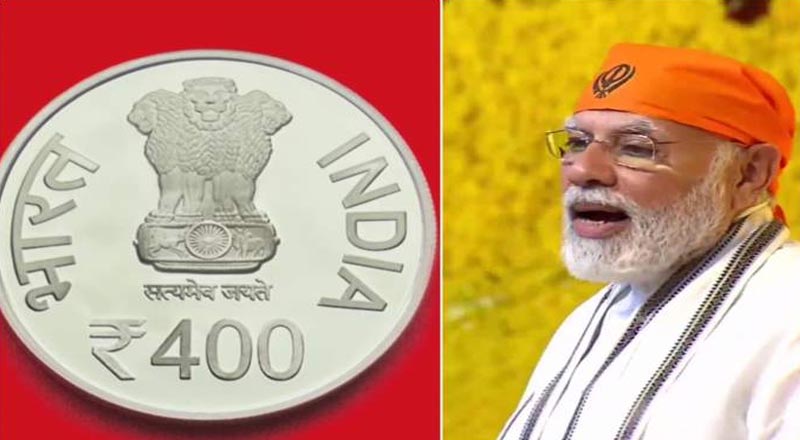 Modi addressed the nation from the historic Red Fort to mark the celebrations. “I am happy that today our country is moving forward with full devotion to the ideals of our gurus. On this virtuous occasion, I bow at the feet of all ten gurus. Hearty congratulations to all of you on the occasion of Prakash Parv,” he said from the ramparts of the Red Fort in the national capital.

“Guru Tegh Bahadur stood against Aurangzeb. The Red Fort is witness to Aurangzeb’s atrocities. The guru’s sacrifice protected our values,” he added.

Modi also invoked the inauguration of the WHO Global Medical Centre in Gujarat’s Jamnagar as a further boost to his Aatmanirbhar Bharat initiative. He said that India will promote traditional medicine across the world.

Ahead of the Prime Minister’s address, a multi-layered security ring comprising over 1,000 Delhi Police personnel and those from various agencies was deployed at the Red Fort, news agency PTI quoted officials. More than 100 CCTV cameras were also installed inside the Red Fort compound for security purposes.

A PMO release said that the programme was organised by the Centre in collaboration with the Delhi Sikh Gurdwara Management Committee. The programme was focused on highlighting the teachings of Guru Tegh Bahadur – the Sikh Guru who sacrificed his life to protect religion and human values, ideals and principles in world history. He was executed for supporting the religious freedom of Kashmiri Pandits on the orders of Mughal ruler Aurangzeb.

His death anniversary is commemorated as Shaheedi Divas every year on November 24. Gurdwara Sis Ganj Sahib and Gurdwara Rakab Ganj in Delhi are associated with his sacred sacrifice.