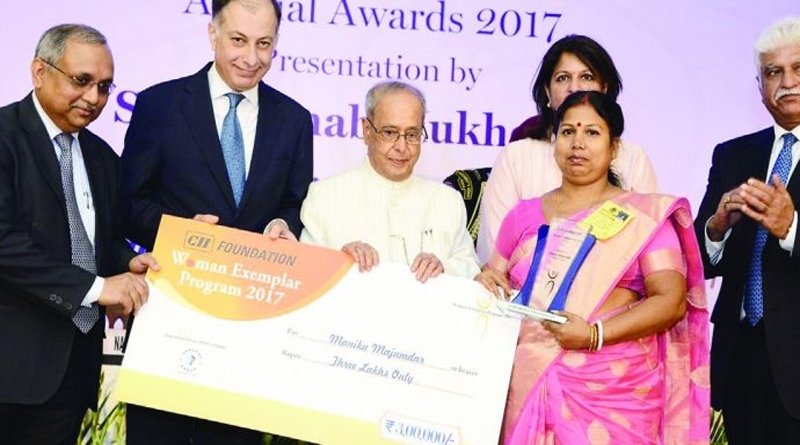 The institution of the CII Foundation Woman Exemplar Award in 2005 promotes women’s empowerment at the community level by discovering and recognizing those who have, against all odds, excelled and contributed significantly to the development process in India.

Speaking on the occasion, the President Pranab Mukherjee congratulated all the awardees for receiving Woman Exemplar Awards.

The awards will be a great encouragement for the countless number of women who are contributing in different ways to strengthening our nation and its economy.

The President reminded the industry that just as much as funds, the country also needs their ideas, energy and drive. He stated that given the magnitude of the challenges before our country and the relatively short time available to address them, partnerships will play a very crucial role and it is important to collaborate for achieving scale, developing solutions to complex social problems and for technology development.

With the CSR legislation, the scale and scope of social programmes that can be undertaken by Industry has been further enhanced. As per CII, about 1,270 Indian companies have spent more than Rs. 8,000 crores on CSR activities over the last year which is 27 per cent higher compared to the previous year. The range of CSR programs is extensive and includes education, healthcare, and rural development, amongst others. Special outreach is made for gender empowerment, differently abled citizens, and children’s issues.