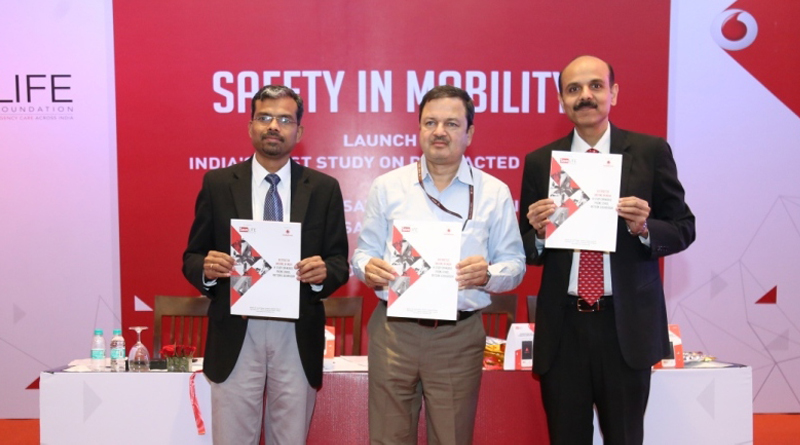 Vodafone India and SaveLIFE Foundation has developed Road Safe app to improve road safety in India.
The Road Safe app has been created with the objective of keeping drivers away from distractions while driving and also provides useful tips on safe driving.

A key feature in the app is promoting distraction free driving which will automatically disable calls/SMS/push notifications for the driver when vehicle speed is above 10 km/hour. The Road Safe app also has road safety tips and information on traffic fines and offences.

Exhorting Indians to follow model road safety norms and set an example to the rest of the world, P. Balaji, Director – Regulatory, External Affairs, Regulatory & CSR, Vodafone India said, “From a CSR and sustainability perspective too, Vodafone has taken the lead in engaging with our stakeholders on our best practices health safety and well being, mainly in the domain of road safety. We hope the findings of this first of its kind report will draw focus to the perils of ignoring road safety norms and help save lives by getting citizens to use the convenient mobile app.”

Saji Cherian, director, Operations, SaveLIFE Foundation said, “This study is path breaking as it categorically confirms for the first time that use of mobile phones while driving is rampant in India. The focus is also on solving the problem by launching Road Safe mobile application that will help drivers remain distraction-free while driving.”