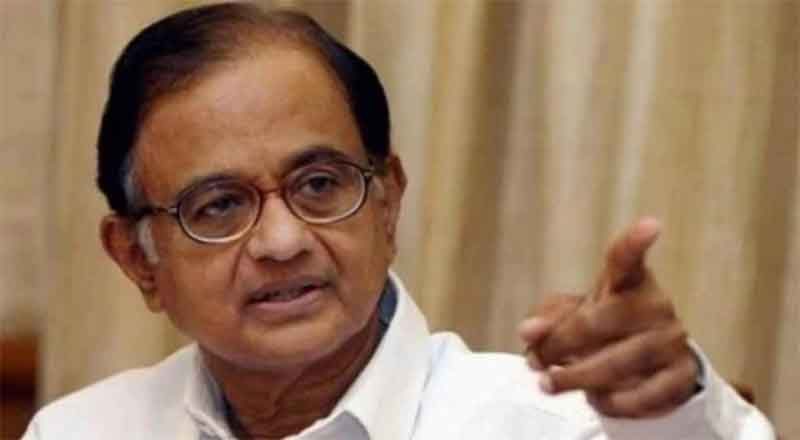 Modi announced that the nationwide lockdown to contain the spread of coronavirus would continue till May 3. He said that the fight against Covid-19 could be successful only if the citizens cooperate and maintain the discipline.

This means everyone have to stay indoors, in a lockdown, until May 3 — with the same discipline and resolve that we have shown so far.

Reactions from the industry:

Ashish Chauhan of Bombay Stock Exchange said exchanges will continue to function as is. No changes in the way exchanges function in the second leg of lockdown.

Former finance minister P Chidambaram said that the government needs to put cash in the hands of the poor. He said, “But beyond the lockdown, what was ‘new’ in PM’s new year message? It is obvious that livelihood for the poor — their survival — is not among the priorities of the government. CMs’ demand for money elicited no response. Not a rupee has been added to the miserly package of March 25, 2020. From Raghuram Rajan to Jean Dreze, from Prabhat Patnaik to Abhijit Banerji, their advice has fallen on deaf years. The poor have been left to fend for themselves for 21+19 days, including practically soliciting food. There is money, there is food, but the government will not release either money or food. Cry, my beloved country.”

Chidambaram added that restarting the economy is important and banks need to lend.

Kerala Finance Minister Thomas Isaac said it was not just praise which states wanted, but assistance to tide over the difficult situation. He told reporters here that that banks were charging heavy interest from states during the present crisis and the states expected financial assistance from the centre and not just praise. “The Prime Minister, in his address to the nation, praised the states for the effective dealing of the pandemic. I feel that states just don’t require praise alone, but financial assistance. When we approach banks for loans, the interest rate is nine per cent. Isaac said the lockdown extension would control the deadly virus and urged the centre to conduct intense testing in the country. He said the states will be constrained without additional resources.

Chandrajit Banerjee, Director General of Confederation of Indian Industry said, “The coronavirus curve trajectory as of now required a fitting containment response and Prime Minister’s decision for continuation of the lockdown is necessary to avert a larger humanitarian crisis. PM’s attention to ensuring that harvesting of the rabi crop continues and to taking care of distressed persons is very appropriate. PM has also provided guidance on exit from the lockdown after 20 April which helps the industry plan better. The extension gives the government adequate preparation time to organise an orderly and safe restart of the economy as and when health conditions permit. Industry too can devise its strategies for commencing operations accordingly during this extension period. CII hopes that support measures will be announced for industry, especially MSME, to tide over this crisis.”

Mohandas Pai , Aarin Capital says the poor are the first priority of the nation. But the big issue of the country is retaining jobs. Banks have liquidity issues, not solvency issues. Banks need to lend to MSMEs otherwise 30-40 per cent MSMEs will die. RBI needs to be involved. RBI must make sure funds are passed on to MSMEs so that jobs can be retained. We need to look at what the US Fed has done.

Soumya Kanti Ghosh of SBI said, the support to service sector is crucial so that banks can find it easy to lend money. A package worth Rs 6 trillion is required to rise above this storm. SBI had cut GDP growth projections to 2.6 per cent but it may go down further. However, the nominal GDP number will be more crucial and give a better picture.

HDFC, Keki Mistry of said the retrenchment may become a problem in some sectors going ahead. He added that it is critical to have liquidity in the system.

Dilip Chenoy, Secretary General, FICCI, said, Prime Minister’s address to the Nation was very timely and appropriate. PM has also talked about the gradual calibrated opening up post 20th April in select areas where there are no coornavirus positive cases:

Prime Minister’s address to the Nation was very timely & appropriate. PM has also talked about the gradual calibrated opening up post 20th April in select areas where there are no #COVID__19 positive cases: Mr Dilip Chenoy, Secretary General, FICCI.@PIB_India @PMOIndia