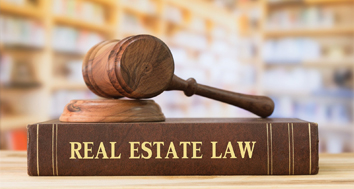 As the three – month window given to states for notifying RERA (Real Estate Regulation & Development Act) expires in July, especially in view of ongoing under-construction projects, the stage is set for the transformation of the real estate & housing sector as a matured, professional, organised and transparent sector, much to the advantage of all the stakeholders.

In a landmark move, the central government, in the form of RERA, gave the real estate sector its first regulator w.e.f from May 1, 2016. The Union Ministry of Housing & Urban Poverty Alleviation, however, gave time to states till May 1, 2017, to formulate & notify rules for the functioning of the regulator.

RERA is aimed at establishing a real estate regulatory authority for regulating and promotion of the real estate sector, ensuring efficient and transparent transactions and establishing an adjudicating mechanism for speedy dispute redressal, thereby protecting the interests of consumers. It seeks to address vital issues of fair transactions, timely delivery and quality construction.
The regulation has come as a big relief in the backdrop of lakhs of aggrieved home buyers across India protesting against long delays in delivering their homes in which they have invested their hard earned money. Earlier, home buyers would fall prey to unscrupulous builders, luring them to invest in unapproved projects, promising high returns. But now under RERA, buyers’ interests are protected as only registered developers can launch projects. Moreover, developers cannot launch and advertise their projects and seek customers’ bookings, without getting all the required permissions from the authorities. They are also barred from arbitrarily charging the booking amount as under the new regulation, booking amount has been fixed at 10 percent of the property cost.

RERA has also made it mandatory for developers/project promoters to make all necessary disclosures about projects including permissions secured from authorities, date of launch, promised date of delivery, project specifications, amenities/facilities etc. And all this information is to be loaded on the project website by the builder.

Here, it is also significant to mention that regarding safety of investment, RERA has made a stringent provision for developers to put 70 percent of the money collected from buyers (including land cost) in escrow account, to ensure that this money is not diverted elsewhere and is actually used for the project for which it is collected. Today, if large number of under- construction residential projects are stuck , it is for the reason that developers had over leveraged, diverted money to other projects and even invested it in creating land banks. And now they are left with no money to complete these projects.

RERA will serve as a major deterrent against malpractices by developers as it has put heavy cost (in terms of penalty and imprisonment) to cheating by developers. Under the new regulation, if the project promoter fails to deliver home as per agreed deadline, they are bound to return the entire money invested by the buyers along with pre- agreed interest rate mentioned in the contract. But if the buyer does not want to give up home, the builder will have to pay interest on each delay month to the buyer till the final delivery of the dwelling unit. RERA will put an end to this malpractice. Besides, delayed delivery, developers will be punished for other violations, including poor quality of construction. Aggrieved buyers can get redressal within 6 months through fast track court under RERA.

Real estate stakeholders look at RERA as a far- reaching reform for the sector as a whole. There is however a challenging task ahead- how to revive stalled housing projects and ensure that buyers waiting for years finally get their home. Industry experts believe that introduction of single window clearance mechanism will give more teeth to RERA, to achieve its desired results. Notwithstanding these teething troubles, both consumers and developers need to look at RERA optimistically. Because as the regulatory mechanism sets in, there will be a smoother transition towards new administration, creating accountability and transparency and promoting delivery- driven project execution.