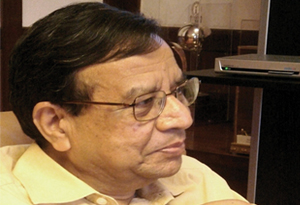 Dr. U.D. Choubey, Director General –SCOPE in a chat with SPOI explains the role played by the body in driving sustainability and business competitiveness in the PSEs in India –

Tell us about the role, objective and contribution of SCOPE?

SCOPE as an apex body of Public Sector Enterprises (PSEs) has been enabling them to be globally competitive in a market driven environment and facilitates their effective and sustained engagement with stakeholders. It acts as a catalyst to create favourable policy environment for PSEs in order to help them to develop a competitive edge and counter challenges of the business environment. It has been actively organising programs to provide a platform to PSE executives to better equip them with skills and update their knowledge base in the dynamic economic scenario. In order to expose top management and senior executives to the international environment and best governance practices prevalent in developed countries, SCOPE has been organising Advanced Global Leadership programs. Programs are also being organised in different areas of PSE functioning and other relevant areas such as Human Resources, RTI, Arbitration, CSR and Corporate Governance.

How, in your opinion, should CPSEs view the Provisions of the Section 135 of the Companies Act 2013?

The Companies Act 2013 has been considered a game changer and has opened the door to a significant investment in development issues. PSEs, set up with twin objectives of economic development with social justice have given high priority to the ideals of Corporate Social Responsibility (CSR) since their inception. With the introduction of Companies Act 2013, PSEs have been following the provision of Section 135 of the act both in letter and spirit. During the year 2015-16, 106 CPSEs spent Rs. 4028.04 crore on CSR activities out of the allocated amount of Rs. 3904.90 crore for the purpose.

CSR is emerging as a vital aspect of doing business these days. What is your take on this?

Corporate Social Responsibility might be a new or buzzword for the world but in India it has been an inherent part of our culture. Working for the benefit of the society can be traced back to ancient civilizations of the country as well. Mention of the same can be found in religious texts. While the Hindus called it “Dharmmada”, the Muslims “Zakatah”, the Sikhs “Dashaant”, the idea of helping those in need has always been a vital part of ethos of the country.

It is a well known fact that India was the first country to have statutorily mandated Corporate Social Responsibility for business entities. With the advent of Information Technology and the changing expectations of multiple stakeholders, organisations have realised that business of doing business is not only confined to commercial gains but something beyond this that is community relations. CSR helps in building brand image of the organisations as consumers and investors want to be associated with an organisation that is socially beneficial to the society. In addition it enjoys the trust and confidence of people at a time of crisis.

How has CSR been integrated with the business strategies of the company?

PSEs are playing a major role in the initiatives of the Government such as Make in India, Swachh Bharat, Digital India and Skill India. Creating a skilled workforce is considered one of the most critical challenges of India and PSEs have been building institutes that impart skill and training to the people around the country. Similarly initiatives are being taken towards Digital India, Swachh Bharat, Start-up India and other Government schemes. This validates the fact that how business is utilizing its resources to disseminate skill, training, promoting entrepreneurship and self reliance among the youth and the marginalized section of the society. This will also help in filling the gap between rural and urban India.

How has CSR helped the CPSEs in working towards the developmental needs of the country?

For any country to be globally competitive and succeed, the government and organisations need to work at grassroot levels with developmental activities such as infrastructure development, environment protection, women empowerment and healthcare. India’s villages can play a vital role in the country’s growth and the PSEs are making a significant impact in the rural areas. GAIL’s ‘Ujjwal’ programme is one such programme, where the marginalised sections of the society is provided with material and needs for studying. Numaligarh Refinery Ltd. in line with the ‘Start-up India’ mission of the Govt. of India commenced its Start-up funding program called ‘IDEATION 2017’. The program seeks to foster an entrepreneurial culture in India’s North East to promote promising ideas and help them to grow. The initiative was conceived to create a Start-up eco system in the region.

What are the key development challenges CPSEs should address through CSR?

Education is one key challenge faced by the country that PSEs can address through CSR. Reaching out to marginalised sections of the society can help improve the condition of education in the country. Other challenges like health care, women empowerment, skilling, development of infrastructure in villages, sanitation, drinking water, can also be addressed with the help of CSR.
Clearly defined CSR projects can help PSEs attain better results. Dedicated teams can help achieve the challenges to make a meaningful impact. Social audit can be carried out by PSEs to identify the areas that need focus and then they can dedicate their resources to achieve the goals.

What are the good practices adopted by PSEs in effective implementation of CSR?

PSEs have adopted good practices for implementation of CSR. PSEs have well laid out policies and streamlined processes to undertake CSR programme to make communities stronger, self reliant and empowered. . They have formed board level committees/ sub- committees for CSR and Sustainable Development. Budget is allocated in the beginning of the year based on past performance and requirements of the current year. CSR activities are carried out in project mode with defined timelines and deliverables followed by robust monitoring mechanism.

Need identification and baseline surveys are other noteworthy initiatives to make positive impact on the society. Public disclosure of CSR activities through various channels of communication helps to create CSR awareness among people. Such initiatives have helped in building strong bond between PSEs and the society.

What is your opinion about the mandatory CSR law in India after years of operation?

The prime objective of this law is the benefit of the people of the country. A lot of enthusiasm is seen among corporate to bring about a change in the society on the whole. They have realised that in no way a business can do well in today’s time without aligning with the social objectives. In India, the inequality between the urban and rural standard of living is so huge, CSR has a great role to play. The work being done by organisations is making such a great impact on the people and the economy that there can be no going back, Corporate Social Responsibility is here to stay and much more is yet to be achieved.

How is SCOPE promoting the good practices of CSR in PSEs?

SCOPE has been supporting and showcasing the efforts made by PSEs over the years. To motivate and encourage PSEs, SCOPE Meritorious award has been instituted on Corporate Social Responsibility and Responsiveness. Compendium consisting of the work done by PSEs has been brought out by SCOPE. Programs have been conducted on a regular basis for improving effectiveness of CSR efforts and special issues of SCOPE’s monthly journal Kaleidoscope have also been published besides highlighting their initiatives from time to time.