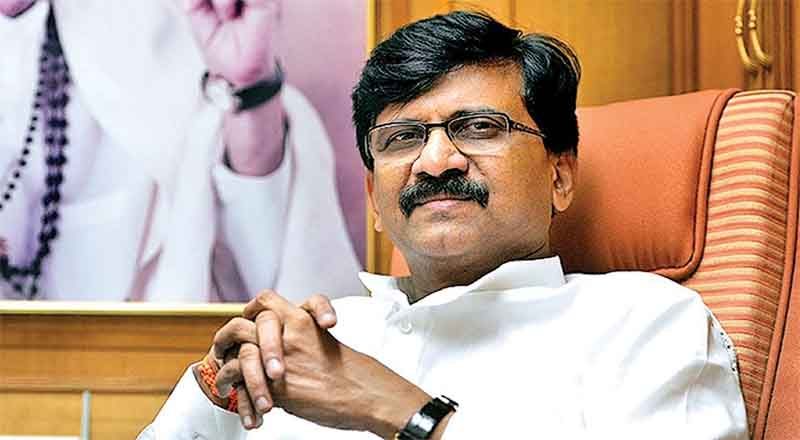 Shiv Sena leader and Maharashtra MP, Sanjay Raut, in his weekly column in the party mouthpiece Saamna, has blamed the ‘Namaste Trump’ event for the spread of coronavirus in India.

Attacking the Centre for its inefficiency in handling the coronavirus crisis, Raut said that the central government has failed in its battle against corona and now wants to blame the state governments for its failure.

The Sena MP said that the ‘Namaste Trump’ event was the biggest reason for the spread of coronavirus in the state of Gujarat and many delegates who visited Gujarat later went to Delhi and Mumbai.

The first coronavirus case in Gujarat was reported on 20 March. The state now has over 15,000 confirmed COVID cases with the death toll nearing 1000.

On 24 February, the ‘Namaste Trump’ event was attended by thousands of people in Gujarat. After the road-show, Prime Minister Narendra Modi and US President Trump had addressed a gathering of over one lakh people at Motera cricket stadium, run by Gujarat Cricket Association (GCA).

The Sena MP in his column dubbed the rising demand to impose President’s rule in Maharashtra as “suicidal”.

With opposition claiming that the Uddhav Thackeray-led Maha Vikas Aghadi (MVA) government has failed to manage the health crisis, Raut said, “The state had witnessed how President’s rule was imposed and lifted as per will, six months ago.

If the handling of coronavirus cases is the basis of imposing President’s rule, then it should be done in other states including those governed by BJP,” said Raut.