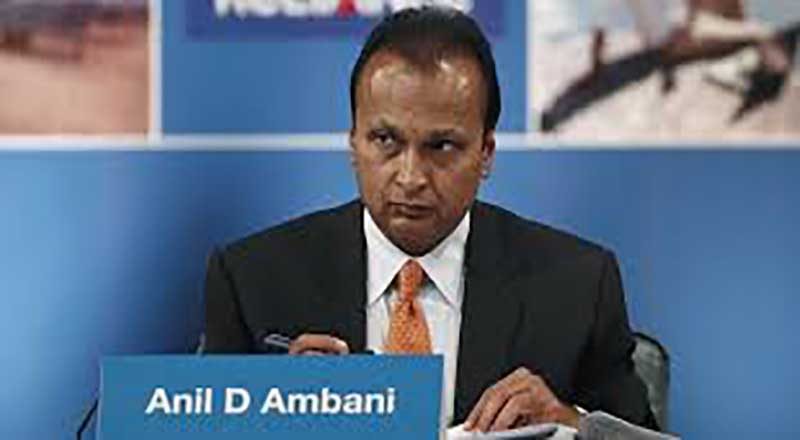 In more trouble time for the industrialist Anil Ambani, Swiss Federal Court has agreed to share information with the Indian authorities about the bank accounts of him, his wife Tina Ambani, and their two children Jai Anmol, and Jai Anshul, according to the Swiss media.

Swiss newspaper Gotham City on May 12 reported that Indian Finance Ministry’s Foreign Tax and Research Division filed a petition in the Swiss Federal Court for getting details of the bank accounts operated by Anil Ambani.

According to Gotham City, the court’s order came on April 29. The newspaper confirmed from the registrar’s office that the order directed to banks named Anil, Tina, Jai Anmol, and Jai Anshul Ambanis, though the order available in the public domain shows only A, B, C, D due to privacy issues.

Gotham City’s reporter Francois Pilet reported that the court registrar’s office allowed him to see the actual names.  “As court reporters, we are allowed to see the names of the parties in every decision on the Swiss Supreme Court,” he explained to news portal News Laundry.

The Swiss court’s direction to banks to disclose the details of bank accounts of Anil Ambani and their family. According to Swiss media reports, earlier an Indian whistle-blower approached the Swiss courts seeking Anil Ambani family’s bank accounts. Later the Indian Government too filed the petition, they said.

Recently, in a case filed by Chinese banking consortium, Anil Ambani deposed in a London court that he has no money and is living with brother Mukesh Ambani’s help.

Last year, the London court asked younger Ambani to pay 770 million dollars to Chinese banks for non-payment of loans of 14 billion dollars. The loan was taken for installation of Chinese equipment in telecom and power sector during 2008 to 2014. The Swiss Court’s order will be a source of major trouble for Ambani who concealed his Swiss accounts while claiming as almost a pauper.