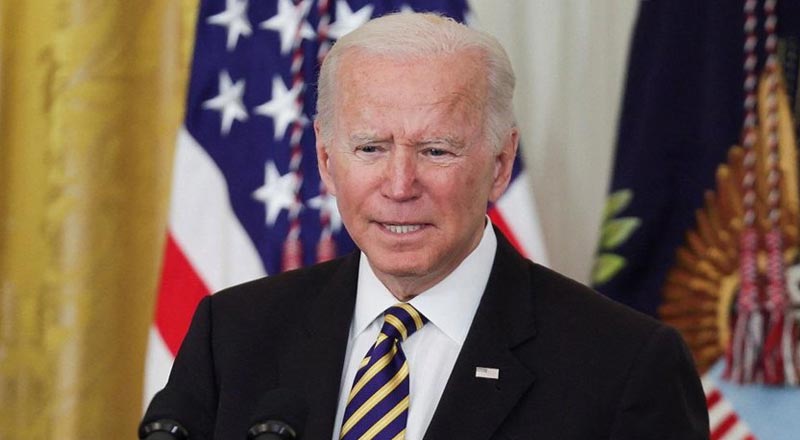 In a bid to help Kyiv prevail in what he calls as a decisive phase in Ukraine’s war with Russia, President Biden on Thursday unveiled a sweeping, new $33 billion spending package that would provide military and humanitarian aid to the war torn country. He asked Congress to swiftly approve the funds as he said they were crucial.

“The cost of this fight is not cheap, but caving to aggression is going to be more costly if we allow it to happen,” Biden said in remarks from the Roosevelt Room at the White House. He added, “We either back Ukrainian people as they defend their country, or we stand by as the Russians continue their atrocities.”

Biden also proposed liquidating the assets of Russian oligarchs and donating the proceeds to Ukraine. Secretary of State Antony Blinken said the United States would “strongly support” Sweden and Finland if they chose to join NATO.

The moves marked a renewed public commitment to stay in the fight for the long haul, even as Biden signalled a recognition that Americans at some point might grow weary of spending billions of dollars on a faraway war. It also highlights how U.S. leaders are increasingly open about their hopes for not just helping Ukraine survive the crucial battle ahead, but weakening Russia longer-term and preventing any future invasions.

Russia, on the other hand, stepped up its own rhetoric, with its foreign ministry accusing Western nations of inciting Ukrainian attacks and warning of a “tough response” as Russia faces a series of mysterious fires.

“The West openly calls on Kyiv to attack Russia, using, among other things, weapons received from NATO countries,” spokesperson Maria Zakharova told journalists in Moscow. “We advise you not to further test our patience.”

Ukraine has neither denied nor claimed responsibility for the explosions and fires at strategic sites. Significant Ukrainian attacks into Russian territory would mark a major escalation in the war.

The economic assistance would help Ukraine pay for food, energy and health care, while the humanitarian assistance is intended to buffer a growing international hunger crisis. Ukraine is asking for at least $2 billion per month from the United States to meet its short-term economic needs.

The military aid, which includes artillery, armored vehicles, anti-armor capabilities and advanced air defense systems, could help Ukraine in the battle, which military officials say will initially be fought at a distance as Russia seeks to trap Ukrainian forces.