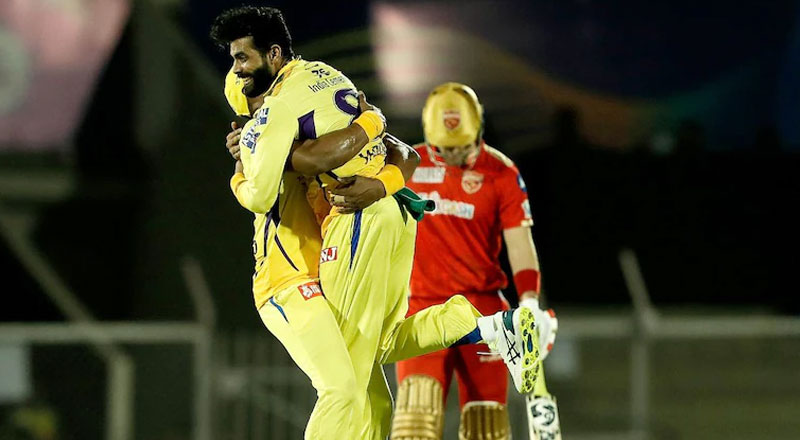 Punjab Kings will look to get their faltering campaign back on track when they take on an inspired Chennai Super Kings in match 38 of the Indian Premier League (IPL) 2022 on Monday.

CSK have won two out of their seven matches so far, while Punjab Kings are a touch better with three victories from seven outings. While PBKS are placed eighth, CSK occupy the penultimate slot in the IPL points table.

Defending champions CSK have faltered in all departments this season. They haven’t played the cricket they are known for under skipper Ravindra Jadeja, who has not been able to lead from the front.

However, they will approach the next match emboldened by their three-wicket win against bottom-placed Mumbai Indians courtesy of Dhoni, who yet again proved he is the best finisher in the business. Hanging in the playoffs race by the skin of their teeth, a defeat on Monday will send CSK on the brink of elimination.

The Punjab batting unit has been plagued by inconsistency all season. While they boast of power-hitters like Shikhar Dhawan, Liam Livingstone, and Shah Rukh Khan, consistency is something they would aim for. Jonny Bairstow has failed to fire in the four games he has played and it will be seen if he is replaced by Sri Lankan Bhanuka Rajapaksa, who fared much better than the Englishman

LIAM LIVINGSTONE (PBKS): Punjab Kings would be hoping that Liam Livingstone comes to party again as they take on CSK. He has been in scintillating form in IPL 2022. In PBKS’s last match against CSK, Livingstone came up with an all-round performance to plummet Chennai.

Robin Uthappa (CSK): Chennai Super Kings rely on the veteran right-hander for a good start against Punjab Kings. He is a treat to watch in full flow and he could be key against the inexperienced pace attack of the Kagiso Rabada-led bowling unit.

PBKS: Punjab Kings have won three matches while losing four in the IPL 2022. However, they suffered a crushing 9-wicket defeat at the hands of Delhi Capitals in the last game and they will be low on confidence coming into the contest.

CSK: Chennai Super Kings won their last game against Mumbai Indians but have had a far from impressive run in IPL 2022 as the Ravindra Jadeja-led side has won just two games and lost five overall.