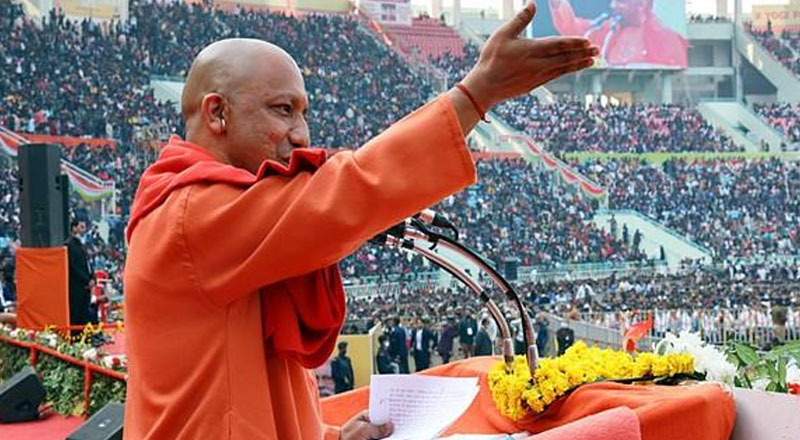 Uttar Pradesh Chief Minister Yogi Adityanath on Thursday, highlighting his commitment to providing employment to
youth, said that the government has directed all the service selection boards to provide government jobs to more than 10,000 youths of the state in the next 100 days.

The state government is committed to connecting the youth with government jobs and providing them employment. In this sequence, the government has given instructions to all the service selection boards to provide government jobs to more than 10,000 youths of the state in the next 100 days,” Yogi Adityanath tweeted in
Hindi.

Soon after assuming the office for the second consecutive term as the Chief Minister of the state, Yogi said last week that the Uttar Pradesh government will provide employment opportunities to youth in the public sector.

Meanwhile, the newly sworn-in Yogi Adityanath government in Uttar Pradesh is likely to present its first Budget of over Rs 6.5 lakh crore focusing on fulfilling the BJP’s poor, farmers, youth and women”, according to the Chief Minister’s Office.