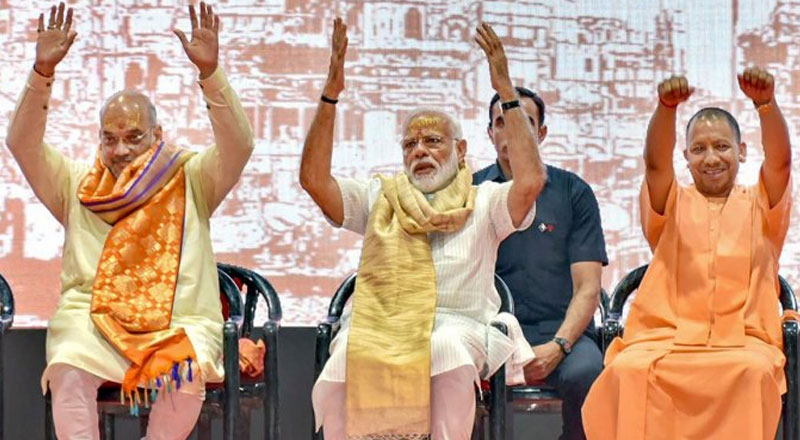 Uttar Pradesh Chief Minister Yogi Adityanath called on Union Home Minister Amit Shah on Monday during his first maiden trip to the national capital after taking oath as the CM for the second consecutive term.

He was accompanied by his deputies Keshav Prasad Maurya and Brajesh Pathak during his visit to New Delhi.

Held a discussion with Uttar Pradesh CM Yogi Adityanath and Deputy CMs Keshav Prasad Maurya and Brajesh Pathak over the development and governance initiative being undertaken in the state. I am confident that under the leadership of Prime Minister Narendra Modi, you will take UP to new milestones of development,” tweeted Amit Shah.CM Yogi Adityanath also took to Twitter to extend greetings to Home Minister

Paid a courtesy visit to Home and Cooperation Minister Amit Shah in New Delhi today. Thank you very much for giving your valuable time and guidance,” tweeted Adityanath.

The delegation also met President Ram Nath Kovind and Prime Minister Narendra Modi ahead of their meeting with Home Minister.

In the recently held Assembly polls, the results for which were announced on March 10, the Bharatiya Janata Pary got an absolute majority in the 403-member Assembly by winning 255 seats with its allies Apna Dal (Sonelal) and the Nirbal Indian Shoshit Hamara Aam Dal (Nishad) bagging 12 and six seats respectively. (MANISH)