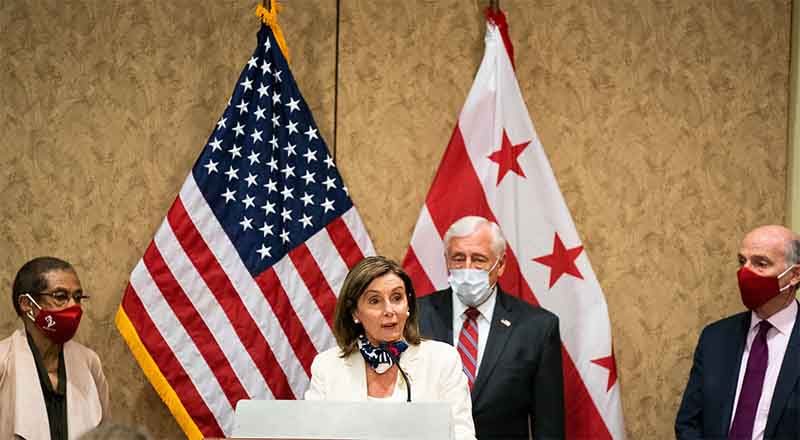 In took a strong four decades after launching the drive for U.S. statehood, Washington, D.C., was poised to take a step toward becoming the 51st state as the House of Representatives on Friday approved its admission.

The initiative passed in the Democratic-controlled House by a vote of 232-180, with no Republicans supporting it. The Republican-controlled Senate is not expected to consider the legislation, and Republican President Donald Trump has publicly opposed the move, noting that statehood would result in electing more Democrats to Congress.

Voters in the city of Washington have elected only Democratic mayors. Creating a state out of Washington would likely make it more difficult for Republicans to win majorities in the Senate.

On the House floor ahead of the vote, Republican lawmakers argued that making the district into a state was a political ploy by Democrats and would require an amendment to the U.S. Constitution. Some also said Washington was not equipped to be a state and should be absorbed back into Maryland. Proponents say Washington’s 700,000 inhabitants – more than Vermont and Wyoming – have no voice in the federal government, despite paying federal taxes.

That status is protested with a slogan on Washington’s automobile license plates that screams: “Taxation without representation.” Currently, legislation passed by the district’s local government is subject to congressional review.

“Congress has two choices: It can continue to exercise undemocratic, autocratic authority over the 705,000 American citizens who reside in our nation’s capital … or Congress can live up to its nation’s promise and ideals,” said Eleanor Holmes Norton, Washington’s congresswoman. Norton is not able to vote on legislation.

Local anger over the district’s status flared up most recently during the coronavirus pandemic. Washington received $500 million for its pandemic response, compared with the $1.2 billion the federal government accorded to each of the 50 states.

The state would be named Washington, Douglass Commonwealth, after George Washington, the first U.S. president, and Frederick Douglass, a former enslaved person turned famed abolitionist. It would include the district’s residents, but not major federal buildings, the National Mall, memorials and the museums, which would be housed in a federal enclave.

The last time the United States expanded was 1959, when Congress approved admitting Alaska and Hawaii as the 49th and 50th states, respectively, following congressional votes and the support of the president. The U.S. Constitution gives Congress the power to admit new states without specifying a process.

Washington, dubbed a “Chocolate City” by the funk band Parliament, has been recorded as a majority-Black city since the 1960 Census. Black Americans now make up 46% of the district’s population, the same percentage of White Americans: Reuters