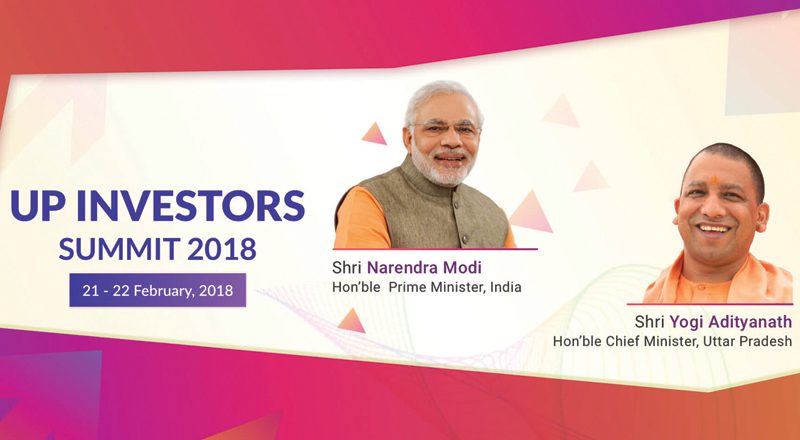 The signalling could not have been stronger as the prime minister, the Central government, the BJP party and the Sangh are all solidly behind Yogi and committed to the cause of Uttar Pradesh. With Lok Sabha elections expected anytime in the coming 12 months, it was a very significant message for the people of the state, who have not experienced this kind of an alignment between Lucknow and Delhi in a long time.

The two-day event was attended by 5,000 delegates and over 100 speakers. The event had witnessed the heads of states and governments, ministers, leaders from the corporate world, senior policy makers, heads of international institutions and academicians from around the world coming together to further the cause of economic development in the state.

The guest list at the dinner included former Mauritius President and Prime Minister Anerood Jugnauth and his wife Sarojini; Ambassadors of The Netherlands, Czech and Finland; delegates from Japan and Thailand and Mahindra group chairman Anand Mahindra and cardiovascular and cardiothoracic surgeon Dr Naresh Trehan.

“The union government has transferred a larger share of tax revenues as well as economic and policy responsibilities to the states. Increasingly, the economic future of India is being written by states and state governments, such as that of Uttar Pradesh,” the President said in his speech.

“PM Modi and CM Yogi want to make UP a dream destination for investors, who are very excited to attend the summit. We want to make it a history. We have already signed 900 MoUs,” said UP’s industry Minister, Satish Mahana.

Finance minister Arun Jaitley said, “The “investment cycle” cannot be started in states if they run with social divide which had been the case with Uttar Pradesh in the past. Yogi Adityanath’s leadership has the capability of taking tough and difficult decisions and the government under his leadership had brought about an improvement in the law and order situation and also provided political stability in the state.”

He further said that the defence corridor to be set up in Bundelkhand would increase the demand for specialised workforce, adding that the state government should adopt skill development programme to make the investors realise that trained personnel too were available in UP along with land and incentives.

Railway minister Piyush Goyal made quite a few announcements for UP. These included the start of a heritage train between Bahraich and Lakhimpur Kheri, connecting the Katarniaghat and Dudhwa wildlife sanctuaries in UP, increasing capacity of the Rae Bareli coach factory from the existing 500 coaches to 3000 coaches in the next three years in phases, setting up of rail ancillary factory in the industrially backward Fatehpur district, opening a coach refurbishment factory near Jhansi and revival of an electric loco shed in Gorakhpur.

IT minister Ravi Shankar Prasad said that Digital India cannot be achieved without a Digital UP.