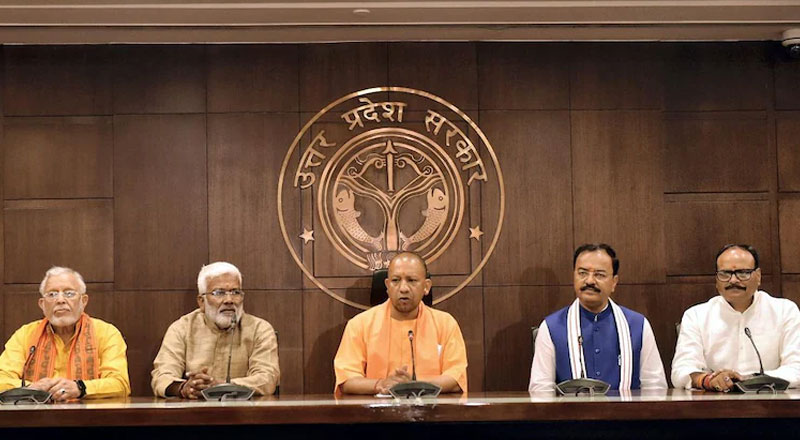 From taking two weeks to finalise the new UP cabinet to allocating portfolios to handpicked ministers, the BJP central leadership’s stamp on the new Yogi Adityanath government is becoming increasingly apparent.

The Bhartiya Janata Party (BJP) high command is believed to have played a dominant role in allocating portfolios to handpicked ministers in Yogi Adityanath’s new government in the same manner that it took the final call in deciding the constitution of the council of ministers.

Delhi’s dominance became quite obvious when it took two weeks to finalise the list of names for the Yogi cabinet. That was a clear departure from the past when it would not take more than a week to constitute a new government. And what made it even more evident was the delay in allocation of portfolios which also took three days.

To top it all, some of the key portfolios have gone to ministers who are better known for their proximity to the party heavy weights sitting at the centre.

Those who have known Yogi’s style of working have reason to believe that despite the overwhelming majority that the BJP scored at the recently concluded state assembly election, the UP CM does not have a free hand. Even other prominent BJP leaders feel that way and they justify that on the grounds that the ruling party has to now pave the way for the party’s grand victory at the 2024 Lok Sabha election.

Our party’s next big challenge is this Lok Sabha election in 2024, when Narendra Modi is to be reinstalled as prime minister for the third time; therefore it is natural for the party to take all decisions with eye on that election”, observed a top leader of the party in Lucknow. “So, what’s wrong if selection of ministers and the allocation of portfolios is done by the bigwigs sitting in New Delhi”