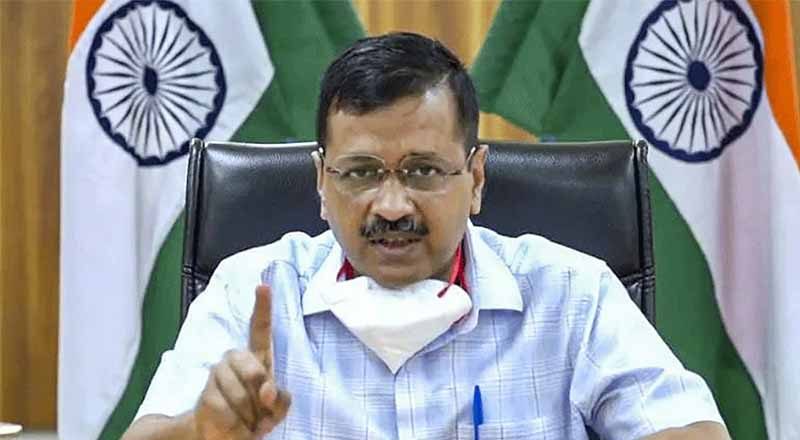 With the healthcare system of the national capital is very much struggling to keep up with growing COVID-19 cases, Delhi Chief Minister Arvind Kejriwal on Saturday wrote to his counterparts in all the other states and union territories requesting for oxygen supply.

The hospitals are completely overrun, and healthcare workers are exhausted.  There is very shortage of oxygen supply in the national capital, a sources said Patients dying without oxygen. The capital, Delhi, is one of the worst-hit areas. Oxygen is one of the major treatments to stabilise the patient, allowing doctors time to assess them and plan a future course of treatment

A sources said, the Oxygen supplier is getting the cylinder filled for Rs.5,000/- from the manufacturer and selling the same for Rs.25,000/- and above, many have reported the one cylinder has been sold for Rs.40,000. However, government has started taking action against the black marketer doing the oxygen ,lifesaving cylinder trading. More than 100 peoples have died in various part of Delhi due to lack of Oxygen supply.

He tweeted, “I’m writing to all CMs requesting them to provide oxygen to Delhi, if [they’ve] spare. Central government is helping us but, severity of COVID-19 is such that all available resources are proving inadequate,” he added.

Kejriwal’s request for supply of oxygen came following the death of 20 patients in Jaipur Golden Hospital here as Delhi’s desperate hunt for the life-saving gas continued amid rising COVID-19 cases.

Delhi government has been blaming Haryana and Uttar Pradesh governments for not allowing smooth supply of oxygen from private oxygen plants in the States to Delhi. Ideally there should be a buffer stock of oxygen for at least 48 hours in hospitals, according to doctors.

But since the record surge in COVID-19 cases in the city, hospitals have been working with lesser stock and they are refilling almost on a daily basis.