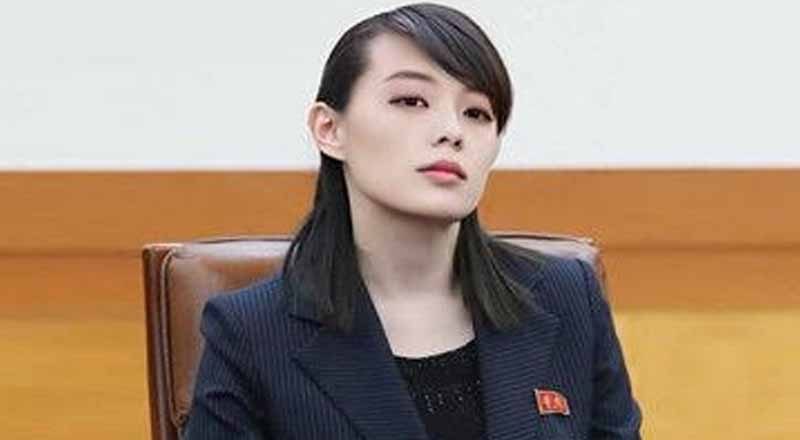 N. Korea dictator, KIM JONG-UN Reportedly dead ,afterbotched heart surgery. There was  speculation over his health condition since last week and the exact reason of speculation is not discovered so far.

North Korea’s Supreme Leader/dictator Kim Jong-un has reportedly died, or is on his death bed with no hope for recuperation — according to media outlets in China and Japan. A Japanese magazine reports he’s in a “vegetative state” after a heart surgery gone wrong.

A million dollar question comes on how the operation could go wrong ?

As per the report, the Chinese government dispatched a team including medical experts to North Korea to advise North Korean leader, Kim Jong Un, on his care after he underwent a life-saving heart surgery during the Coronavirus outbreak.

However, there’s a lot of rumors swirling about the guy’s condition — and the fact is … he hasn’t made any major public appearances looking to be okay in several weeks now. About a week or so ago, CNN reported Kim was in “grave danger” after a medical procedure.

Despite the widespread buzz around Jong-un’s younger sister Kim Yo-jong, the truth remains that patriarchal and conservative society and male-dominated politics in North Korea would not allow a woman to assume the role of the supreme leader.

Kim Pyong Il is Kim Jong-un’s paternal uncle and the last known son of former premier and founder of North Korea Kim Il Sung to survive. Il, who is 65, was exiled abroad for about four decades after losing to Il Sun’s second son and Jong-un’s father Kim Jong Il, who ruled North Korea after his father’s death in 1994 till 2011. Jong-un took over leadership after the demise of the former.

Pyong il was sent on diplomatic exile from 1979 onward after Jong-il convinced their father Kim il Sung that he was ineligible for ruling, thanks to his “womanising” reputation, IB Times reported.

During Il’s stay abroad, he worked in diplomatic positions in several countries where North Korea has interests including Poland, Hungary, Finland, Bulgaria, and Czech Republic. He only returned to Pyongyang last year.

Even though Yo-jong has reportedly been by Jong-un’s side ever since his mysterious sickness and has allegedly been gaining power and political traction in Korea, it is unlikely for North Korean leadership to choose a woman, despite her being from the “Baekdu bloodline,” or the dictator’s family.

As per a report in Bloomberg, North Korea’s former deputy ambassador to UK, Thae Yong Ho, said that the 32-year-old Yo-jong may not get the role due to her gender and her age.

He said that with Yo-jung at the helm, there will be chaos amid the top leadership as well as the country. “The problem is that a Kim Yo Jong-led North Korea is unlikely to be sustainable,” he told Bloomberg.

Pyong Il, the son of Il Sung and his secretary Kim Song Ae, has never been on good terms with his half brother Jong-il or his successor Kim Jong-un.

According to reports, Pyon Il, who returned to Pyongyang last November after his retirement from office, has been in house arrest since.

Some feel that the fact that his name is name could be a testimony to North Korea’s negative attitudes regarding appointing women to power.