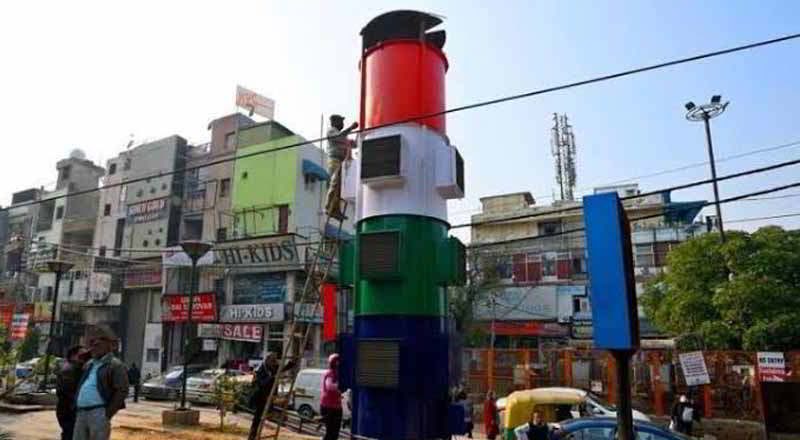 Delhi pollution has become the talk of the town and accordingly steps have been taken to keep it under control.

The first smog tower has been installed at south Delhi’s popular Lajpat Nagar Central Market. The 20 ft. tall device will purify the air from the area, which sees a footfall of nearly 15,000 people every day.

General Secretary of the Trader’s Association – Lajpat Nagar, Ashawini Marwah said that such initiatives are the need of the hour keeping in view the alarming population rise in the city, which has also become a pollution capital.

The Supreme Court in November 2019 had asked the Center and the Delhi government to come up with a roadmap of installing smog towers in the National Capital Region (NCR) to combat air pollution.

The smog towers are to be installed on the lines of China, which has experimented with this technology.