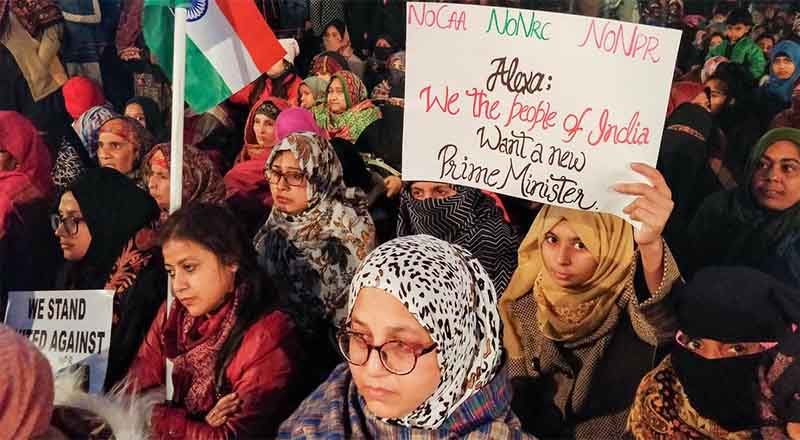 Women protesters went to Shaheen Bagh to protest against CAA-NRC in the midst of global pandemic, which was understandably returned. After this input, the DCPs of all the districts of Delhi have been asked to be vigilant about the law and order arrangements in their areas. It is also being said that due to this apprehension, some companies of the Paramilitary force have been stopped in some police stations of Delhi.

Deputy Commissioner of Police (southeast) R P Meena said people at the protest venue in Shaheen Bagh were requested to vacate the site as lockdown had been imposed due to a coronavirus outbreak. However, following their refusal, the action was taken and they were vacated, the official said.

The Delhi Police also said, “All protest sites have been cleared — Jaffrabad, Jamia and Turkman Gate. Some persons detained in all these places as well.”

Sources in Delhi Police said, “A team of senior police officers reached the site at 6.45 a.m. First, they tried to pacify the protesters. At that time around a dozen persons were present. Usually, very few women protesters remain there during the mornings. And because of the lockdown, their number already was very less.”

The police arrived with trucks and JCB machines and dismantled all the structures and seized the tents.

The eviction comes two days after Delhi Chief Minister Arvind Kejriwal announced the national capital was going into a complete lockdown to contain the spread of the novel coronavirus, which has already claimed over 13,000 lives worldwide and is keeping the Indian establishment and health professionals on their toes.