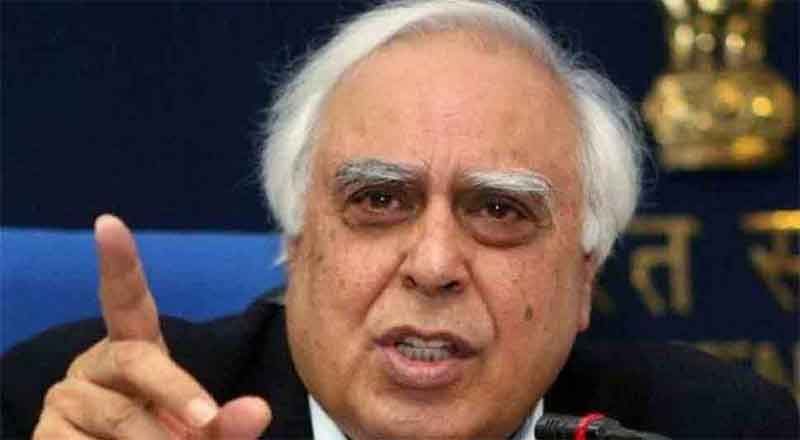 Senior Congress leader Kapil Sibal made a U-turn, hours after he claimed he never received any money from the Popular Front of India (PFI). He accepted having received 77 lakh as litigation fee for appearing in the Supreme Court between August 2017 to March 2018 for Hadiya in a case related to her marriage with Shafiya Jahan.

On March 8, 2018, the Supreme Court overruled a Kerala High Court order that had annulled the marriage of 22-year-old Hadiya to Shafin Jahan, on a petition filed by her father. Hadiya, born a Hindu and named Akhila Asokan, had married Shafin, a Muslim man, in 2016.

Sibal’s remarks came after the Enforcement Directorate (ED), here on Monday, said it had identified the PFI and the Rehab Foundation India (RFI) for providing over Rs 120 crore for the protests over the new citizenship law (CAA) and the proposed National Register of Citizens (NRC).

“I was paid for professional services rendered and for nothing else. Any insinuations made to besmirch my name and defame me will be taken seriously,” he said.

According to the ED, Rs 77 lakh was paid to Sibal, Rs 4 lakh to senior advocate Indira Jaising, Rs 11 lakh to senior lawyer Dushyant Dave and Rs 3.10 lakh to a person named Abdul Samad, who is also named in the National Investigation Agency (NIA) charge-sheet.

Refuting the claims, Sibal had said, “The ED has released a statement analysing the PFI”s bank accounts in which my name has been mentioned as a recipient for funding the anti-CAA agitations.”