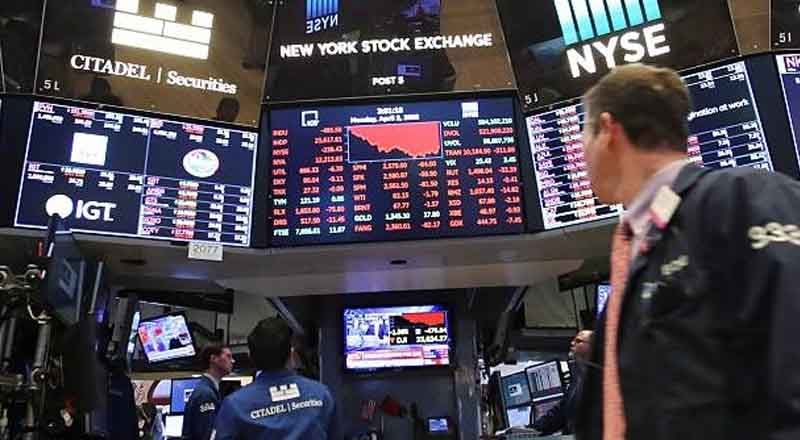 The coronavirus-driven market sell-off has wiped out $6 trillion in value from the global markets in the past six days, according to S&P Dow Jones Indices. The U.S. stocks lost about $4 trillion of its value in the same period, as per the analyst of Howard Silverblatt with the investors got very panic about the deadly coronavirus spreading and denting global growth. The industry is predicating on this loss could touch to $10 Trillion.

An expert says, why there was a need to create the biological weapons, if the leakage could create these of losses, then one can easily imagine, if there war with the biological weapons. One can’t imagine the loss the world , Super power to become super destroyer. Hopes that the epidemic that started in China would be over in months and that economic activity would quickly return to normal have been shattered this week as the number of international cases spiralled.

The stock markets has witnessed a sharp carnage with the Sensex logging its second-biggest one-day fall in history, cleaning off ₹5.45 lakh crore in investor wealth. This is part of a global trend of investor panic over the rapidly-spreading coronavirus, which seems to have triggered a manic global sell-off.

The most vulnerable companies are those which rely heavily or solely on factories in China for parts and materials. The activity of Chinese manufacturing plants has fallen in the past month and is expected to remain depressed for months.

World Health Organization Director General Tedros Adhanom Ghebreyesus said the virus could become a pandemic as the outbreak spreads to major developed economies such as Germany and France. The fear is that the spread of COVID-19 could trigger a global recession, with the list of countries hit by the disease growing to 57. New Zealand, Nigeria, Azerbaijan and the Netherlands are latest to report their first cases. Investors are trying to price in the worst case scenario and the biggest risk is what happens now in the United States and other major countries outside of Asia.

Oil prices languished at their lowest in more than a year having plunged 12% this week – the worst since 2016 – while all the major industrial metals have dropped between 3% and 6%. Apple, has warned of global “iPhone supply shortages” resulting from its Chinese factories closed due to the outbreak. Apple manufactures the majority of its iPhones and other products in China, and the coronavirus’s increasing presence has caused the firm to halt production and close retail stores in China.

India’s economy continued to grow at a sluggish pace in the three-month period till December 2019, according to official statistics released by the government today. GDP growth was recorded at 4.7% for the third quarter. This breaks six straight quarters of deceleration. So what changed? Steady agricultural output and government spending on infrastructure are being seen as key factors.

In Box: The coronavirus now looks like a pandemic. Markets can cope even if there is big risk as long as we can see the end of the tunne

The protracted shutdown of Chinese factories that were supposed to be back online and spread of the virus to South Korea, Iran and Italy’s industrial heartland raise the spectre of much greater death and disruption. The virus risks tipping Italy into a recession that could hurt the rest of Europe too

More worryingly, if today’s stock market trends are any indication, the spread of COVID-19 is only going to stifle India’s growth prospects. Wall Street shares plunged 4.4% on Thursday alone, their largest fall since August 2011. Futures pointed to a modest 1% drop later, but the S&P 500 has lost 12% since hitting a record high just nine days ago, putting it in so-called correction territory.

Disruptions to international travel and supply chains, school closures and cancellations of major events have all blackened the outlook for a world economy that was already struggling with the U.S.-China trade war fallout.