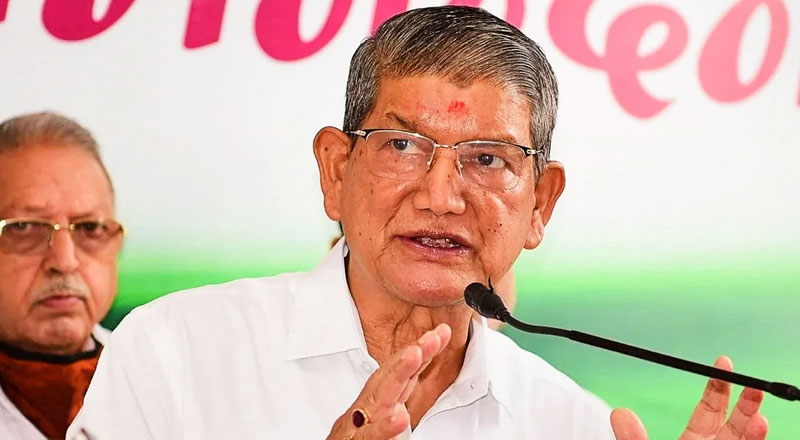 : Senior Congress leader and former Chief Minister Harish Rawat is trailing by over 10,000 votes from the Lalkuwa
Assembly seat in early trends of Uttarakhand state elections.

His daughter Anupama Rawat, however, is leading from the Haridwar Rural Assembly seat.

Rawat led the Congress campaign in the state being head of the campaign committee of the party.

Meanwhile, Bharatiya Janata Party (BJP) comfortably crossed the majority mark in early trends and now leads on 43 seats in Uttarakhand Assembly elections, as per the Election Commission Data at 12 PM.

The counting of votes for the recently held elections for the 70-member Uttarakhand Assembly commenced at 8 am on Thursday.

The counting started at 8 am and all the results would be declared later in the day. The exit polls on Monday predicted a close race in Uttarakhand, with many of them giving an edge to the BJP to form the government.

Some exit polls have also predicted that Congress would finish ahead and cross the halfway mark in the 70-member Assembly.

Polling in Uttarakhand took place on February 14 and the counting of votes has begun today.