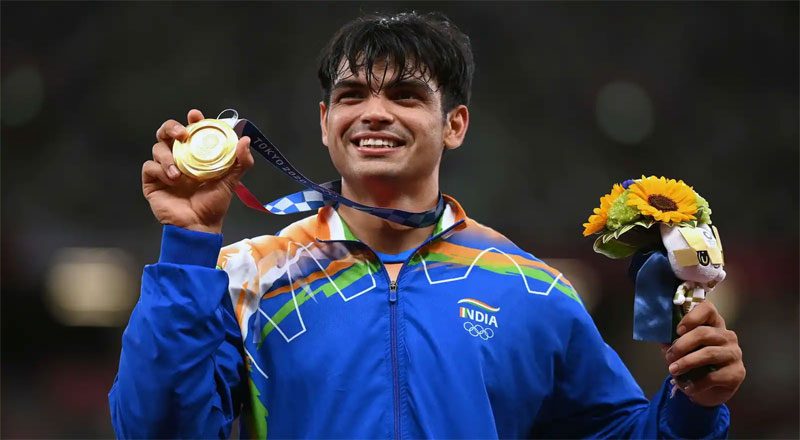 Having made heads turn by securing gold in the men’s javelin throw final in Tokyo 2020 Olympics, Neeraj Chopra has become the darling of the nation. The 23 year old’s stature is rising with each passing day. The youngster, who was earlier making only 15-25 lakhs per endorsement on an annual basis before Tokyo 2020, is now reportedly signing new deals which will be worth 10 times that money.

Team India captain and superstar Virat Kohl is presently the only sportsperson in the nation to be charging a fee in the range of INR 1-5 crores. If the new deals are signed, Neeraj is also set to come in the same bracket, however only slightly lower than the 32-year-old Kohli.

This hike will place him above some star cricketers such as Rohit Sharma, KL Rahul, etc. The javelin thrower is surely making amends and promoting the sport single-handedly courtesy his meteoric rise.

JSW Sports, who manage Neeraj, are in talks for five or six deals with luxury auto and apparel brands. If all goes well, the deal can be finalised in the next few weeks. Not only this, but the deals Neeraj has with existing brands, such as Nike, sports drink Gatorade, ExxonMobil and MuscleBlaze sports supplements, are also set to be revised at an inflated price. These are multi-year deals and will run up to the Paris Olympics.