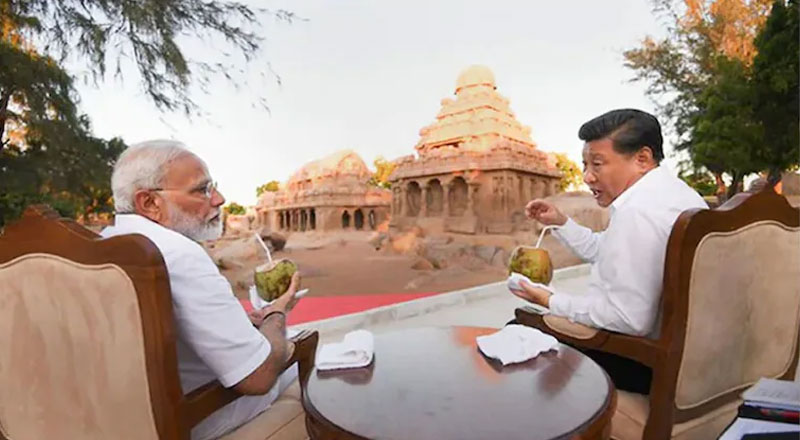 China has accelerated efforts to extend its strategic and economic clout over India’s neighbours. Here’s how New Delhi is trying to contain Beijing.

GIP is expected to lend a template to use the Trilateral Development Corporation (TDC) Fund for projects with other countries like Japan, Germany, France, and the European Union willing to work with India on innovation and development. India and the UK have agreed to co-finance GIP to implement its various components.

Let’s first understand the TDC Fund and GIP, and why they are crucial.

India recently launched the TDC Fund designed to involve private sectors with state support for investment in the Indo-Pacific region (comprising the tropical waters of the Indian Ocean, the western and central Pacific Ocean, and the seas connecting the two in the general area of Indonesia) and beyond.

India aims to use the TDC Fund to contribute to GIP that will globalise Indian start-ups and innovations with help like grants, development capital investment and tech assistance.

While in India, PM Johnson said, “The world faces growing threats from autocratic states which seek to undermine democracy, choke off free and fair trade and trample on sovereignty.” TDC may provide an alternative to China’s development partnership model that has deepened Chinese influence over some of India’s neighbours and pushed them into debt traps.

But what’s China’s debt trap? Through investments in infrastructure development, China has been scrambling to deepen its influence and economic clout over India’s neighbours, such as Nepal, Bangladesh, Mauritius, Myanmar, and Sri Lanka.

China saw the Sri Lankan civil war as an opportunity to outcompete India. Several geopolitical experts cite Sri Lanka as an example of China’s “strategic or debt-trap” diplomacy. A significant part of China’s lending is linked to BRI. The Chinese loan model is simple. That’s how it generally works.

An alarmed India has taken strong note of what has happened in Sri Lanka. India’s Finance Minister Nirmala Sitharaman has said China must be treated just like any other creditor once talks begin to restructure Sri Lanka’s debt.

India has given ample support to the island nation to help it tide over the unprecedented economic meltdown and acute shortages of essentials that triggered massive public protests and a deep political crisis.

Bangladesh is no different, as for the growing Chinese influence. In recent years, China has stepped up its investments in Bangladesh, and trade volumes between the two nations are rising. So much so that Washington wants Bangladesh to join New Delhi in countering common rival Beijing. Developments like China’s reported push to set up a missile maintenance hub in Bangladesh have also alarmed India.

So, what is India doing to counter China? The Quadrilateral Security Dialogue, also known as the Quad, among Australia, India, Japan, and the United States, seems to have rattled China a bit. But Quad has its limitations, primarily geographical. And India’s immediate concerns lie in its neighbourhood.

So, through bilateral talks, visits, assistance, besides infrastructure and development projects, India is trying to deepen its ties with its neighbours, particularly the Himalayan nation of Nepal, for which India is the largest trade partner. Nepal is also running out of forex reserves and seems headed the Sri Lanka way.

On the other hand, more than a year after the military overthrew Myanmar’s democratically elected government, India is following a twin-track approach. The idea is to continue pushing for democracy’s return while engaging with Myanmar’s military which has China’s backing despite the generals facing allegations of serious human rights violations.

In Mauritius, too, India has accelerated infrastructure and development projects to counter China’s scramble for influence in the strategically crucial Indian Ocean Region.

Pakistan is another country that has consistently received strategic support and massive loans from China. China has generally stood by its all-weather ally Pakistan with whom India’s official peace talks have been frozen for a while over the issue of cross-border terrorism in Jammu and Kashmir.

But India also has its own trade challenges vis-à-vis China, which is its largest trading partner, despite all the military and diplomatic tensions. According to reports, India’s trade deficit with China has hit a record high with electrical and electronic goods (particularly smartphones), machinery, and fertilisers driving India’s imports that far outweigh the exports of materials like iron ores and metals.