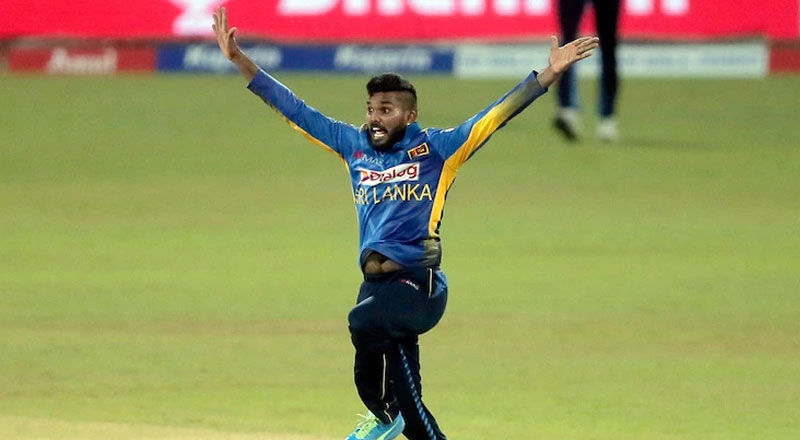 RCB all-rounder Wanindu Hasaranga revealed the reason behind his unique celebration in the match against KKR in the ongoing IPL 2022. The Sri-Lankan spinner, who was adjudged ‘Man of the Match’, said that his celebration is inspired by his favourite footballer Neymar.

Royal Challengers Bangalore (RCB) posted their first win of the Indian Premier League (IPL) 2022 and defeated Kolkata Knight Riders by three wickets. Sri-lankan leg-spinner and Royal Challengers Bangalore (RCB) all-rounder Wanindu Hasaranga snapped four wickets and was adjudged as ‘Man of the Match’ for his brilliant bowling, restricting KKR to a disappointing batting effort to be bowled out for 128.

Living up to his Rs 10.75 crore price tag, he took four wickets of Shreyas Iyer, Sunil Narine, Sheldon Jackson, and Tim Southee, giving just 20 runs and received praises from all quarters and has also claimed the Purple cap. Hasaranga ended his stellar spell with 4 wickets, conceding just 20 runs off his 4 overs.

He then dismissed Sheldon Jackson, putting the opposition on the backfoot. When called again in the 15th over to bowl the final over of his spell, he dismissed Tim Southee.

During the post-match celebration, he also revealed the reason behind the unique celebration. The Sri Lankan international then talked about his celebration which is inspired by Paris Saint-Germain FC superstar Neymar Jr.

Talking about the game, he said,”Crucial situation, I got only four and got out. I am really happy. Especially with the dew it is very hard to bowl. My favourite footballer is Neymar and that is his celebration which I do. When I go play, I don’t take any pressure. That’s why I feel I got success.” In the previous match against Punjab Kings. Hasaranga took one wicket and gave 40 runs.