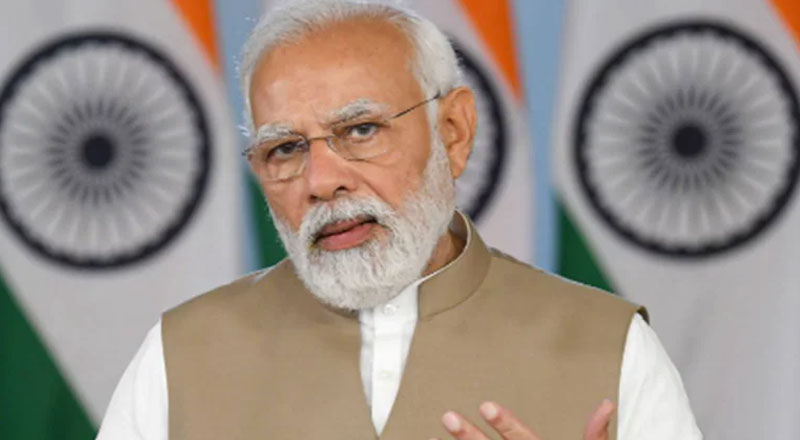 Prime Minister Narendra Modi on Sunday met the three service chiefs to discuss the security preparedness of the country amid talks about the ongoing global crisis over the Russia-Ukraine issue.

Earlier in the day, Modi had chaired the meeting of the cabinet committee on security. At the meeting, he was briefed on the latest developments and different aspects of India’s security preparedness in the border areas as well as in the maritime and air domain, a statement released by the Prime Minister’s Office read.

The PM was also briefed on the latest developments in Ukraine, including the details of Operation Ganga to evacuate Indian nationals, along with some citizens of India’s neighbouring countries, from Ukraine. “Prime minister Modi directed that all possible efforts should be made to bring back the mortal remains of Naveen Shekharappa, who died in Kharkiv,” it added.

The Prime Minister also took a detailed overview of global tech usage in the defence sector and India’s advances in the same, according to sources. Modi emphasised integrating the latest technology into India’s security apparatus, the statement added.