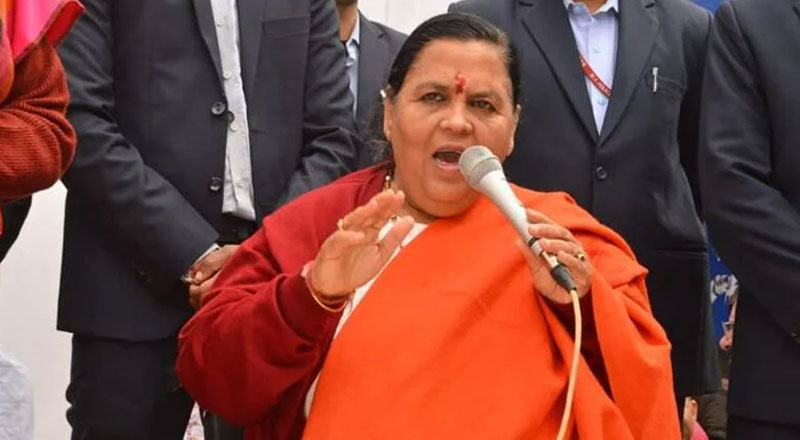 Uma Bharti said that the residents and women have objected and protested as the liquor shop is against the government’s policy.

Former union minister and BJP leader Uma Bharti on Sunday walked into a liquor store in Barkhera Pathani area of Bhopal and hurled a stone at alcohol bottles after claiming that the shop has been creating problems for women in the locality.

The former Union minister said that through her act, she warned the local administration to get the liquor shop shut within a week.

Uma Bharti has been demanding complete prohibition in the state for the last six months, even threatening agitation against the BJP government in the state if her demand was not met.

Her attack on a liquor shop was the “first of many steps” she will be taking in this direction.

Meanwhile, Bhopal police commissioner Makrand Deuskar said that no case has been registered against Uma Bharti and no complaint has been received against her either.

Bharti then took to Twitter and explained her actions. She said that the liquor store has been proving to be a nuisance for residents. “After consuming liquor, drunkards harass the women in the locality,” she said.

Uma Bharti added that the locality has slums and “labourers spending all their money on liquor.”

“Today’s action is a warning to the administration to move the shop from the spot as it is also in violation of government norms,” she said.