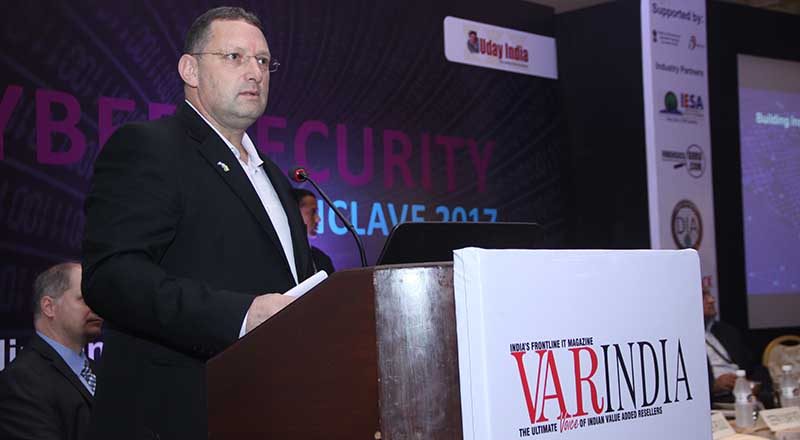 One certain prediction we can all make about the “ Global War on Terror” with great confidence is that it is not going to end any time soon, or even dramatically subside.

Terrorism is on the rise today and it poses a direct threat to the security of all of us, and to international stability and prosperity we so eagerly desire.

Terror is a persistent global threat that knows no borders, nationality or religion and is a challenge that the international community is trying to tackle together however diverse the methods and strategies.

The world holds and hosts counter terror think tanks, conferences, seminars and even in some cases share intelligence and other cooperative work on countering terrorism.

Most countries focus on improving awareness of the threat, developing capabilities to prepare and respond, and enhancing engagement with partner countries and other international actors. Yet recently a Boeing Aircraft production plant in Charleston, South Carolina, USA was hit by a Wanna Cry ransomware attack.

Headlines related to Cyber Attacks and ransomware have indeed created the worlds undivided attention over the past few months and there is no doubt that there is a war occurring across the globe.

This war is stealth and silent and it may not only be the military but indeed criminal mercenary soldiers of fortune and terrorists that are extremely difficult to be found.

One can’t see the Cyber Attack physically (unless of course you receive a message saying that you have been held hostage to Ransomware or your system simply shuts down), but the effects are clear and it’s no longer a quiet point of conversation but indeed a global scream for assistance with great panic.

Governments are going public with their strategies to deploy armies of “hackers” and advanced cyber offensive tools and weapons are being deployed in what is being called “a Cyber World War”.

Cyber security may indeed be thought of as a frontier for fighting and defeating global terror groups or cyber criminals but at the center of this battle is big data, cyber analytics, intellectual knowledge, complacent governments and no doubt some extremely intelligent cyber savvy people.

On May 12 2017, the World’s biggest cyberattack sent countries into a ‘disaster recovery mode’. The cyber terror battlefield is constantly shifting. Cyber terror attacks and threats evolve daily and new attacks are mounted almost every minute of the day.

Public and private organizations are turning to different methods of cyber analytic solutions to discover actionable insights by ingesting large volumes of sensor data, correlating that data to derive information and perform near real-time forensics, then translating that to actionable intelligence to defend against these threats.

Just like the traditional battlefield, there is no one correct strategy, no short term solution and no silver bullet to win a war.

In 2010 a friend and attributed author Mr. Yaacov Lappin wrote a book called “Virtual Caliphate”. He then described how ISIS – an Islamist state that existed on computer servers around the world, using what he called the Virtual Caliphate was (and to this day) is used by not only radical Islamists but indeed terrorists of all spheres to carry out functions typically reserved for a physical state, such as creating training camps, mapping out a state’s constitution, and drafting tax laws.

Today terror organizations are finding it more and more difficult to carry out mass terror attacks physically and have resorted to stabbings, sporadic shootings and car ramming’s. Having said the above, however, one must surely see that if a cyber terrorist can take cyber control of a passenger aircraft and possibly create carnage of the unimaginable kind, one can see clearly that the biggest threat today is that these terrorists have access to and are equipped with twenty-first-century technology while trying to achieve their seventh-century vision.

Ultimately, Cyber terror and Cyber war is a battle that is being fought on many fronts including in your own home. The information warfare we are witnessing in the global media commonly called “fake news” is in itself a threat to the world as we know it.

The right tools and the right people are as important in this cyber war as they are in every war that has been fought for centuries.Perhaps the battlefield has changed, but the keys to ensuring victory remain the same.

The best form of defense is certainly a very good offensive.