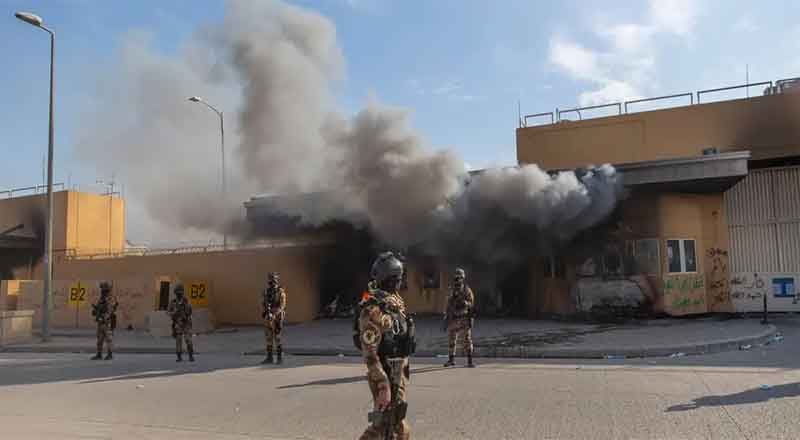 According to sources, the US Embassy in Baghdad was targeted in a rocket attack on Sunday, with at least one projectile hitting the heavily fortified compound. Officials remained tight-lipped on the details of the attack. One rocket hit an embassy cafeteria while two other landed nearby.

Following the news of the shelling, the US state department called on Baghdad to fulfil its obligations to protect diplomatic facilities.

Iraqi Prime Minister Adel Abdul-Mahdi said he had ordered an investigation and for troops to be deployed in the area. Iraq’s news agency INA cited that he has said, “We denounce the continuation of these unlawful acts, which weakened the state and infringe its sovereignty. Acts like the Sunday shelling cause “grave consequences to the whole country” and harm “its supreme interests and relations with its friends.”

Following the killing of Iranian commander Soleimani near Baghdad earlier this month, Iraqis are worried that the US and Iran could use Iraq as a stage for a bloody showdown. The US maintains a force of 5,200 troops in Iraq and wields tools of economic influence. Iran also has powerful allies in the country.