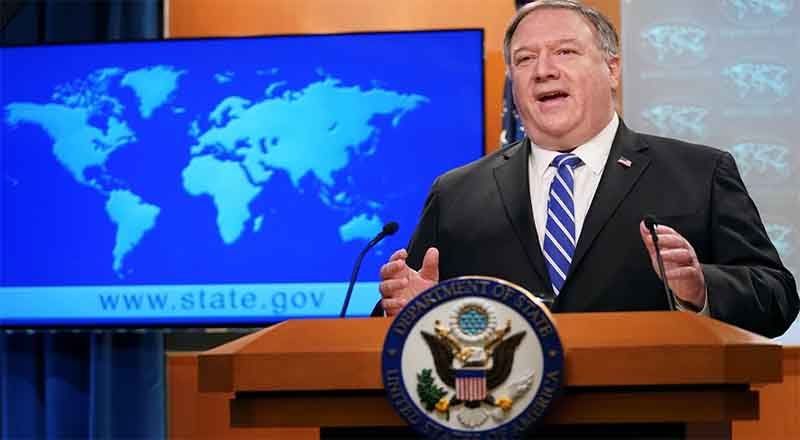 Mike Pompeo, the US secretary of state, on Monday announced a formal rejection of “most” of China’s maritime claims in the South China Sea.

“The world will not allow Beijing to treat the South China Sea as its maritime empire. America stands with our Southeast Asian allies and partners in protecting their sovereign rights to offshore resources, consistent with their rights and obligations under international law”, Pompeo said in a statement.

He further added he wanted to make clear that China’s “campaign of bullying to control” the disputed waters was wrong and that Beijing had “no legal grounds to unilaterally impose its will on the region”.

In recent years, tensions have increased over the territory in the South China Sea, where China has been building military bases. The region is also claimed by Brunei, Indonesia, Malaysia, the Philippines, Taiwan and Vietnam.

The Chinese Embassy in Washington called the accusations “completely unjustified”. China has previously accused the US Navy of provocation and interference in regional matters.

Pompeo said the US was aligning its position with that of a 2016 decision issued by the Permanent Court of Arbitration, which sided with the Philippines against China’s assertions that it had historic and economic claims to much of the territory.

“The world will not allow Beijing to treat the South China Sea as its maritime empire”, he said.