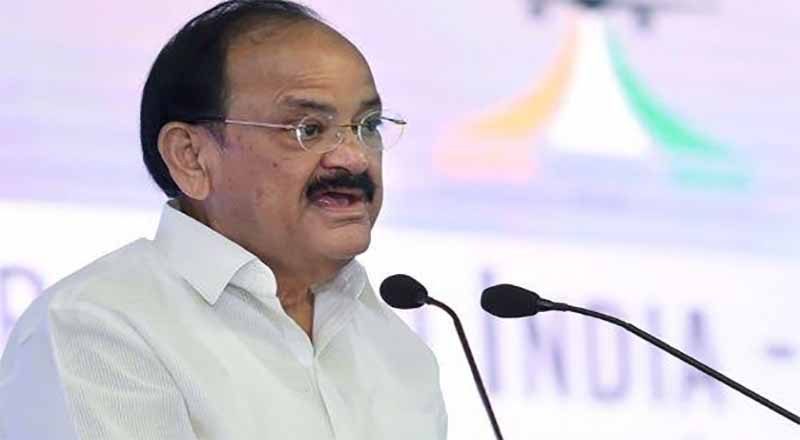 The Vice President, Shri M. Venkaiah Naidu today said that ‘Vasudhaiva Kutumbkam’ has been the guiding light for the Indian family system since time immemorial and our ethos and socio-cultural fabric are woven around this perceptive phrase.

Inaugurating the International Conference of Global Mothers-2019, “Vasudhaiva Kutumbakam –Family System and Role of Mother”, in New Delhi today, the Vice President expressed happiness over the theme of the Conference saying that the conference is a celebration of motherhood.

“The entire world is indebted to mothers and this is the reason that in all religions and in all parts of the world mothers hold a special position of relevance and reverence”, he added.

Quoting from various ancient texts such as Vedas and Puranas, Shri Naidu said that respect to women has been central to our civilization. He further said that in any family, be it nuclear or joint, united or extended; the mother is at the centre. She is the bond that holds the family together. By her dedication she converts the four walls of house into the home where love, affection, respect for others, selfless contribution towards family, society and country exist.

Highlighting that all rivers are named after women, the Vice President said, “In our culture, women are considered not just equal to men, but in many respects, superior”.

However, he said that somewhere along the way, our strong values have been weakened. He also expressed concern on the rise in violence against women and abandonment and ill-treatment of elderly mothers.

He listed several steps for women empowerment taken by the Government, such as ‘Beti Bachao -Beti Padao’, 50 percent reservation in Local Self Governments and said that much more needs to be done to protect women and give them an equal platform.

To stress the importance of equal rights to women, the Vice President quoted Mahatma Gandhi, who once wrote that, “the way we treat our women is an indicator of the richness of our culture”. The weakening of women will lead the weakening of the family, society and the country, he said.

Speaking on the importance of family, Shri Naidu said that our forefathers developed the best family model based upon the values of sacrifice, respect and togetherness and practiced the same for ages together. “India can be a role model for the entire world because of its robust family value system which has successfully withstood the test of the time”, he added.