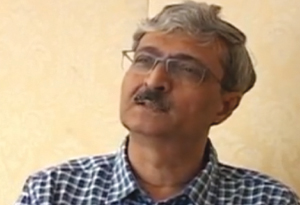 India being a densely populated country, sanitation has been a major concern ever since the time the country gained independence. With an undying zeal to bring a change in the society, Dr Bindeshwar Pathak started the movement by the name Sulabh Sanitation and carried out the work of liberation of scavengers from the subhuman practice of manual excreta cleaning in India and other related jobs.

The mass movement by Dr. Pathak started spreading all over the country with a cadre of about 50,000 Sulabh volunteers, now working from right atop the mountain at Badrinath to deep down in south and in the farthest corners in the east and the west of the country, in 25 states and 1642 towns and 4 Union Territories. Throwing more light on this, Dr Lalit Kumar, Senior VP – Sulabh International tells SPOI of what are the focus areas for Sulabh at present –

What are the new initiatives that Sulabh international is focusing on?

Dr Bindeshwar Pathak who started this initiative in 1968 based on Gandhian principles to bring social change. A few scavengers were given occupational vocational training and now they are on their feet. Recently they were converted to Brahmin caste, for the simple reason if one can get converted to follow Buddhism, Christianity or Islam, why can’t you move into the caste hierarchy. So they were trained in Sanskrit shlokas and now their occupation is clean and they are Brahmins. People are also in support of them, as long as they are clean and knowledgeable.

Our forte is two-pit pour-flush toilet technology which was invented by Dr Pathak himself. So far SULABH has made 1.5 million house hold toilets and 9000 community toilets; 200 of them are attached with bio gas digester. So from that gas we can lighten up and cooking can be done. That is being replicated and about 21,000 school toilets have been built. So in addition to that we are also working for the welfare of widows of Vrindavan and Varanasi. So these are some of the initiatives which are being further scaled up.

The representatives of some of the small NGOs come to Sulabh Gram and campus to see our activities and there are lots of things to learn from sulabh model, how to be on their own feet and how to be sustainable. So that’s a unique model which Dr. Pathak created.

Do you also work with any Govt. Department as a team?

I think the unique thing about Dr. Pathak which I used to say before joining and even now that he has maintained very good relations with state governments and the central government. Not only that, we are also working with 80 companies which also comprise of PSUs. We largely believe in the principle – “SABKA SAATH SABKA VIKAS”.